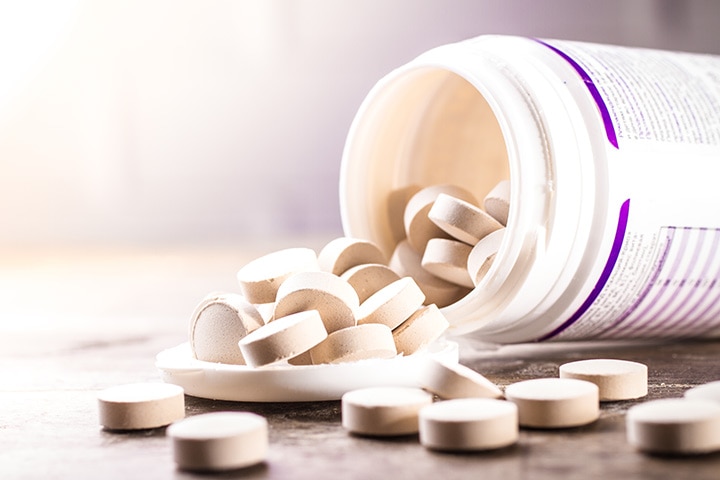 Adequate breast milk supply is vital to ensure that the baby gets the essential nutrients for healthy growth and immunity. Besides following a healthy diet, some new moms may use brewer’s yeast to improve milk production.

So what is brewer’s yeast and how does it help in breast milk production? MomJunction gives you all the information you need about brewer’s yeast when breastfeeding and how it affects lactation.

What Is Brewer’s Yeast?

Brewer’s yeast is a fungus made from the one-celled Saccharomyces cerevisiae. It is predominantly used in the brewing of alcoholic beverages, and hence its name. Brewer’s yeast is also used in making bread, although it is different from baker’s yeast. Brewer’s yeast is quite popularly used as a nutritional supplement since 52% of it is protein, and is also an excellent source of B-complex vitamins (1).

[ Read: How To Increase Breast Milk? ]

Is It Safe To Take Brewer’s Yeast While Breastfeeding?

It is not known if brewer’s yeast is safe when you are breastfeeding since there is insufficient scientific research on it. Medical experts suggest the mothers consult a doctor before having it.

Probably. Brewer’s yeast has been traditionally used as breast milk stimulant. Despite its long-standing use as a galactagogue, there is little scientific evidence to suggest that it works. A study found brewer’s yeast efficacy ambiguous, as it was with other galactagogues (2).

While the fungus’ milk-stimulant properties have been anecdotal, lactating mothers can use brewer’s yeast as milk stimulant after doctor consultation. Do keep in mind that the effects of this yeast may vary from person to person.

What Is The Ideal Dosage Of Brewer’s Yeast During Lactation?

How To Take Brewer’s Yeast When Breastfeeding?

Brewer’s yeast is available in the form of tablets and powder. You can add the recommended quantities of the powder by adding it to preparations like cookies or have it dissolved in water. There is no fixed dosage for brewer’s yeast tablets since the content of the yeast in a tablet varies, depending on the manufacturer. So the dosage can go as high as eight tablets a day.

It is best to stick to the powdered version to ensure you get the correct dosage.

What Are The Health Benefits Of Brewer’s Yeast?

Brewer’s yeast is an excellent source of vitamins and micronutrients, which eventually prevent deficiency diseases. It is also a good source of protein for those who need it in large quantities. Brewer’s yeast is known to improve some conditions like acne (1).

Individuals with diabetes may show better glucose tolerance when provided with a controlled amount of brewer’s yeast daily.

Below are the vital nutrients found in brewer’s yeast (4):

Brewer’s yeast is often considered a nutritional supplement for vitamin B-complex and the micronutrient selenium.

Are There Any Side Effects Of Brewer’s Yeast?

Yes. Some individuals could display an allergic reaction to brewer’s yeast. Symptoms of an allergic reaction include nausea, vomiting, skin hives with intense itching, and abdominal pain. You may also experience side effects such as a headache, bloating of the stomach, and gassiness. Severe allergic reactions can cause anaphylactic shock, where the immune system floods the body with chemicals, causing a shock, an increase in blood pressure and narrowing air passages (breathing becomes difficult).

Since brewer’s yeast has the potential to cause side effects, you should avoid it in some situations.

When To Avoid Brewer’s Yeast?

You must avoid having brewer’s yeast in the case of:

[ Read: How Much Fenugreek To Take To Increase Breast Milk? ]

The benefit of brewer’s yeast as a galactagogue could be inconclusive, but it still works great as a nutritional supplement. Since decades, mothers have been using the yeast for breast milk supply, and there is no harm giving it a try. But consult a doctor before trying brewer’s yeast. If it works for you, then you can make it a part of your daily healthy diet.

Rohit Garoo took writing as a profession right after finishing his MBA in Marketing. Earlier he graduated with a Bachelor’s degree in Botany & Zoology from the autonomous St. Xavier’s College in Mumbai. Rohit has also done a Stanford University certification course on breastfeeding. This botanist-zoologist turned writer excels at life sciences, and at MomJunction he writes everything about pediatrics and maternal care. In between writing and being overly curious, he spends time cooking, reading, and playing video games.
LinkedIn profile – linkedin.com/in/rohit-garoo-263115aa
Share on Facebook
Share on Twitter
Share on Google+
Share on Pinterest
Share on LinkedIn