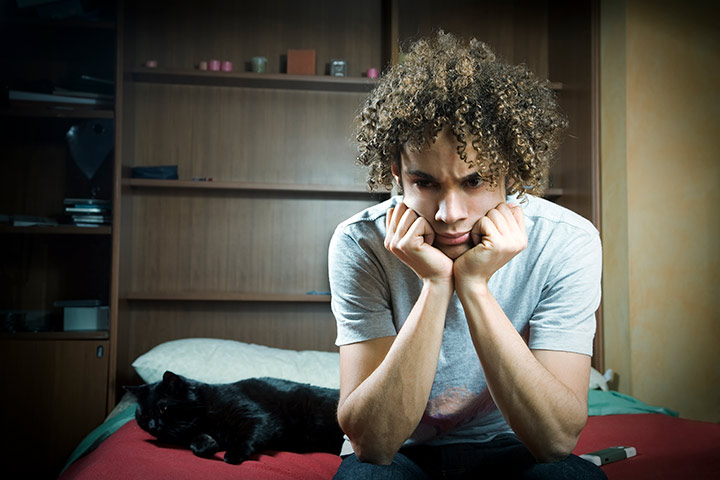 Periods or menstruation is a natural biological activity that occurs in every healthy woman. As a mother you will be prepared for it with your prepubescent daughter, but do you need such preparation for boys too? Do boys have periods?

MomJunction takes a closer look at this commonly confused phenomenon and examines the real facts.

Do Boys Get Their Period?

No, boys do not get periods or a monthly cycle of bleeding from their genitals after attaining puberty (1).

So, why do girls have periods and boys don’t?

Menstruation is the cyclic breakdown of the inner lining of the uterine wall along with the unfertilized ova or egg.

If Girls Have Periods What Do Boys Have?

Boys do not have periods but they could undergo psychological traits of menstruation such as mood swings.

Before the onset of the menstrual cycle, girls go through a phase called premenstrual syndrome (PMS). It is a time when they go through an overwhelming rush of emotions such as lethargy and sadness (2) due to the release of female sex hormone estrogen.

Interestingly, male sex hormone testosterone also causes some similar effects on the behavior of adolescent boys, such as clumsiness and moodiness (3).

There is a condition called irritable male syndrome (IMS), quite similar to PMS, but it is only associated with matured adult males that go through a cyclic drop in testosterone (4).

It is quite common to see ‘periods-like behavior’ in adolescent boys since the upheaval of emotions strikes a similarity with the mood swings seen in menstruating girls.

Male Menstruation is not a regular cycle and neither is it normal. It is a health condition that requires immediate medical attention. Male menstruation refers to the bleeding from a boy’s genitals due to various health problems including:

It is not normal for boy to have periods. Boys and periods are biologically impossible and thus an event unlikely to occur. For this reason, boys having periods is definitely something you need not worry as a mom.
However, if your boy complains of blood leaking from his private parts, you need to take him to the doctor to diagnose the cause and act accordingly.