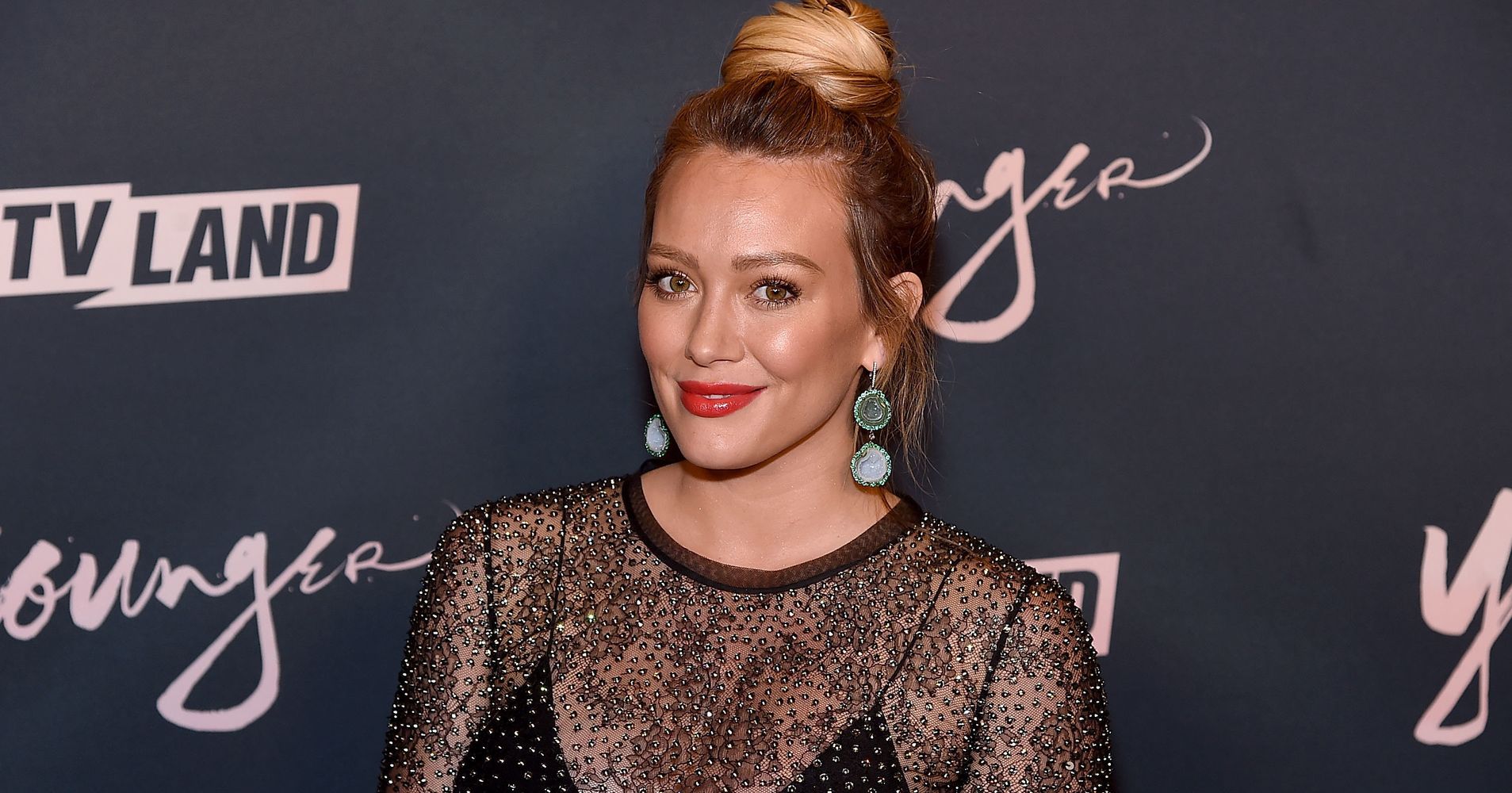 When Hilary Duff told her son, Luca, 6, that he was going to be a big brother, he wasn’t immediately thrilled about the exciting news ― in fact, he’s actually “a little nervous” about the prospect of having a little sister.

“The first conversation was pretty sad,” Duff told AOL’s Gibson Johns during a recent sit-down at the Imagine If, With Jif launch. “He was like, ‘Why?’ Because it’s been just us for six years!”

Duff welcomed Luca with ex Mike Comrie back in 2012, and she announced in June that she’s expecting her second child (and first with boyfriend Matthew Koma), a daughter. Since she broke down for Luca what this means for them as a family, he’s begun to come around on the idea of welcoming another person into the fold.

“I was like, ‘Dude, you have no idea. This is going to be a really good thing for our family. Mom has so much room in my heart for you and a sister and you’re going to have so much fun watching her grow and teaching her things,’” she recalled to us. “I also told him that babies are funny! I was like, ‘And I’m going to chase you around with her dirty diapers sometimes.’ And he was like, ‘Nooo!’ If I keep it lighthearted, then he has fun with it and I do think he’s excited. He’s touching my belly now and saying ‘goodbye’ to her when he goes to school.”

What’s made the transition easier for Luca, too, is the fact that Duff’s older sister, Haylie, recently welcomed a second child of her own ― a girl named Lulu.

“That has really helped,” Hilary explained of Luca getting another cousin. “He’s like, ‘Well, I’m going to get one of those, too!’”

Navigating motherhood alongside her older sister has also proven to be a blessing for the “Younger” actress. After years of conquering the entertainment industry together (Haylie opened for Hilary on her Most Wanted tour back in 2004 and the sisters starred in 2006′s “Material Girl” together), to be able to take the next steps in their lives together has been “awesome,” but also surreal.

“We just stare at each other and we’re like, ‘Who are we?! How did this happen to us?’” Duff laughed. “We used to be like tearing through New York City and now she’s got milk coming out of her boobs, and I’m, like, trying to wrangle her kid into bed. It’s pretty funny.”

“She’s always been my big sister, obviously, and she’s pretty protective of me, but a lot of things happened in my life first,” she added. “I became a mom before her. Like, three years [before]. To watch her be a mom of two is very different than being a mom of one, though. It’s been cool to soak some of that up and see that that’s what is coming to me. She has daughters and I have a son, and that’s so different. Her kids are so sassy and I’m like, ‘Is this what I have coming?’”

Being a mother has also encouraged the “Breathe In, Breathe Out” singer to give back to children in need more than she already was before. Duff told us that she’s “always been philanthropic,” noting that her mom instilled that quality in both her and her sister, but the importance of helping others has increased her desire to do things like Imagine If, With Jif, which encourages families to submit ideas creative, entrepreneurial ideas for a chance to be awarded $15,000 in funding. Duff sees the campaign, which is in partnership with the Boys and Girls Club of America, as a celebration of the incredible imaginations that all kids display throughout childhood.

“Kids are filled with so much potential and creativity,” Duff gushed. “Not that that doesn’t follow you into adulthood, but so many other blocks come in the way, so to facilitate those ideas now and inspire kids to speak up, be bold, be creative and make the world a better place for other kids was a no-brainer for me.”

Families can submit their ideas to Imagine If, With Jif now through October 1 here.