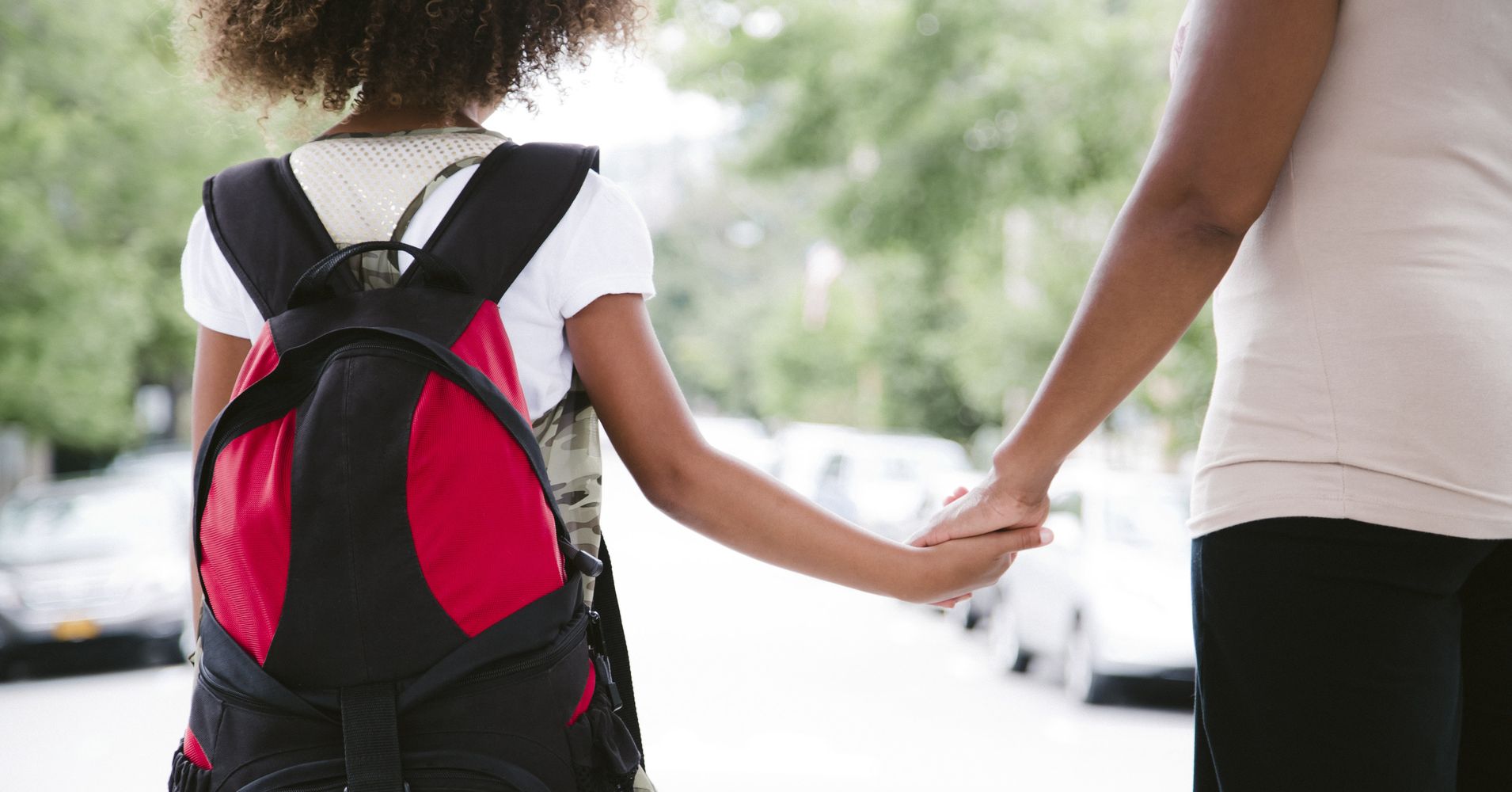 The first day of kindergarten is often marked by adorable photos alongside “I can’t believe this!” captions filled with crying emoji. Because although many parents are happy to watch their kids start that stage of childhood, some moms and dads also face many fears.

HuffPost turned to parents who have been through the transition of sending their kids to kindergarten to learn what they did (and didn’t do) to make the transition as easy as possible. From how to talk to your kids about their big day to how to tackle your own concerns, here’s the advice they had about all things kindergarten.

Nervous? Try not to let it show.

No one can blame parents for being nervous before their kids head to their first day of kindergarten. But if your children can tell you’re nervous, they might think they should be nervous about school too. Melanie Dale, a parenting blogger and the author of Women Are Scary: The Totally Awkward Adventure of Finding Mom Friends, said via email that, as someone who loved school as a kid, she tried to stay positive to get her family excited about the experience, not anxious.

“A year before my son went to school and he saw kids heading back to school, I told him excitedly, ‘Next year that’ll be you!’” she said. “I bought him a little backpack to wear around the house, and he spent the next year getting pumped about it. So stay positive and excited. If you act nervous, then they’ll pick up on it and get nervous.”

If they do show a bit of fear, have a conversation to address any concerns.

Build up your kids’ self-esteem before they head to the classroom.

Laura Fuentes, the mother behind MOMables family meal plans, recently passed the first-day-of-kindergarten milestone with her youngest child. She said via email that building up kids’ confidence is crucial so they’re comfortable sharing their thoughts in the classroom.

“Teaching them to speak up when they need something or have a question, to speak with other kids in their classroom and make friends and to speak up when spoken to (by their teacher) are all new skills your child will develop at school,” she said. “Building their confidence before they get there can help them adjust to their new social skills.”

She suggested having your children practice speaking loudly and clearly and letting them make “small age-appropriate choices” like picking out their clothes or breakfasts to boost their confidence.

Do your research and ask for a tour of the school.

If you’re finding yourself more caught up in the whirlwind of kindergarten than your kid, researching your child’s school options can help you feel more prepared. For Eugene Hung, known as Feminist Asian Dad online, that research began before preschool. He said that before he and his wife looked into their local kindergarten program (including its reputation and academics), they researched preschools to ensure the program would teach their daughters important emotional skills and “how to relate to other adults and to other kids.”

“Our reasoning [was] if our girls have a good experience in pre-K and they really enjoy going to school, then that’ll set them up for a better kindergarten experience,” he said.

Hung said tours of the schools were especially helpful to get a feel for the environment his children would be in during the day. Christa Carter-Williams, a parenting blogger at The Williams Party, said tours helped prepare her daughter for her first day of kindergarten.

“The school tours made the transition very easy as well, as she was able to see the dynamics of the classrooms,” she said via email.

Have the talk about kindergarten with your kid early — and be realistic about it.

Because her daughter didn’t attend pre-K, Carter-Williams made sure to be realistic about the changes that come with going to kindergarten and turn them into something positive.

“We told her that she would not be spending all of her time during the day with me anymore but she would be spending time with other children her age and that it would be so much fun,” she said.

Doyin Richards, a dad of two and the author of the children’s book What’s the Difference: Being Different Is Amazing, said that being realistic is also helpful for parents. He encouraged moms and dads to prepare themselves to leave their kids at school and get ready to face some tears, just in case.

“Let them know that you have their backs and that you love them before class begins, but get ready emotionally to leave them if they’re crying for you to stay,” he said via email. “I’ve seen parents sit with their crying kids for the first hour of school, and that doesn’t benefit anyone. Your child will be fine. My motto is ‘Don’t worry if your kid cries at school drop-off, worry if your kid cries at school pickup.’”

The world of kids’ books is filled with handy resources to help explain the experience of kindergarten to children. Dale suggested The Kissing Hand by Audrey Penn and The Invisible String by Patrice Karst. Sili Recio, the mom behind the blog My Mamihood, read The Night Before Kindergarten by Natasha Wing to her family.

Phyllis Myung, known for her blog The Napkin Hoarder, sought out advice from friends who already had kids go through kindergarten. She also used Glennon Doyle’s popular blog post about reminding kids of the importance of compassion and kindness before they head to the classroom.

And Hung found it helpful to talk with his friends who were parents and turned to his therapist for advice.

“He’s had kids of his own as well, and he gave me good insights about what was healthy for my girls and what wasn’t,” Hung said.

Carter-Williams admits she planned her daughter’s first day of school “over and over” in her head to make it easier. She made her daughter’s favorite lunch and hid fun notes in her lunchbox and folders.

Myung made sure her family had a special dinner the night before and plenty of time the next morning to get ready. She and her daughter picked out their outfits together, and Myung took off work so she could pick up her daughter and they could go out for a treat.

Don’t forget the first day is a big deal for you too.

It’s important to remember that your kid isn’t the only one dealing with a lot of changes, and if you need it (and you can take the time), it’s OK to treat yourself. To keep herself from wondering and worrying about her daughter’s first day of school, Myung carved out some time with a friend.

“I scheduled a lunch for myself with a good friend that I knew would help me to take my mind off the first day of kindergarten,” she said.

Dale said she tries to take time off from her schedule during the first week of school to do something she and her husband don’t do as often with the kids around, like see a movie or go to lunch with friends.

If you still have concerns, be sure to speak up.

Myung encouraged moms and dads to “not be afraid to advocate for your kid.”

“There are lots of interesting questions to ask your kid that go beyond ‘How was your day?’ that can help to parse out how things are going,” she said. “And if things aren’t going well, go with your gut and speak up.”

But many times, the problem can be solved with a little patience and support.

“Kids are so resilient!” Recio said. “All they need is some support and encouragement, and they can get through anything. As parents, we have to remember that. Kindergarten is the beginning of letting go.”