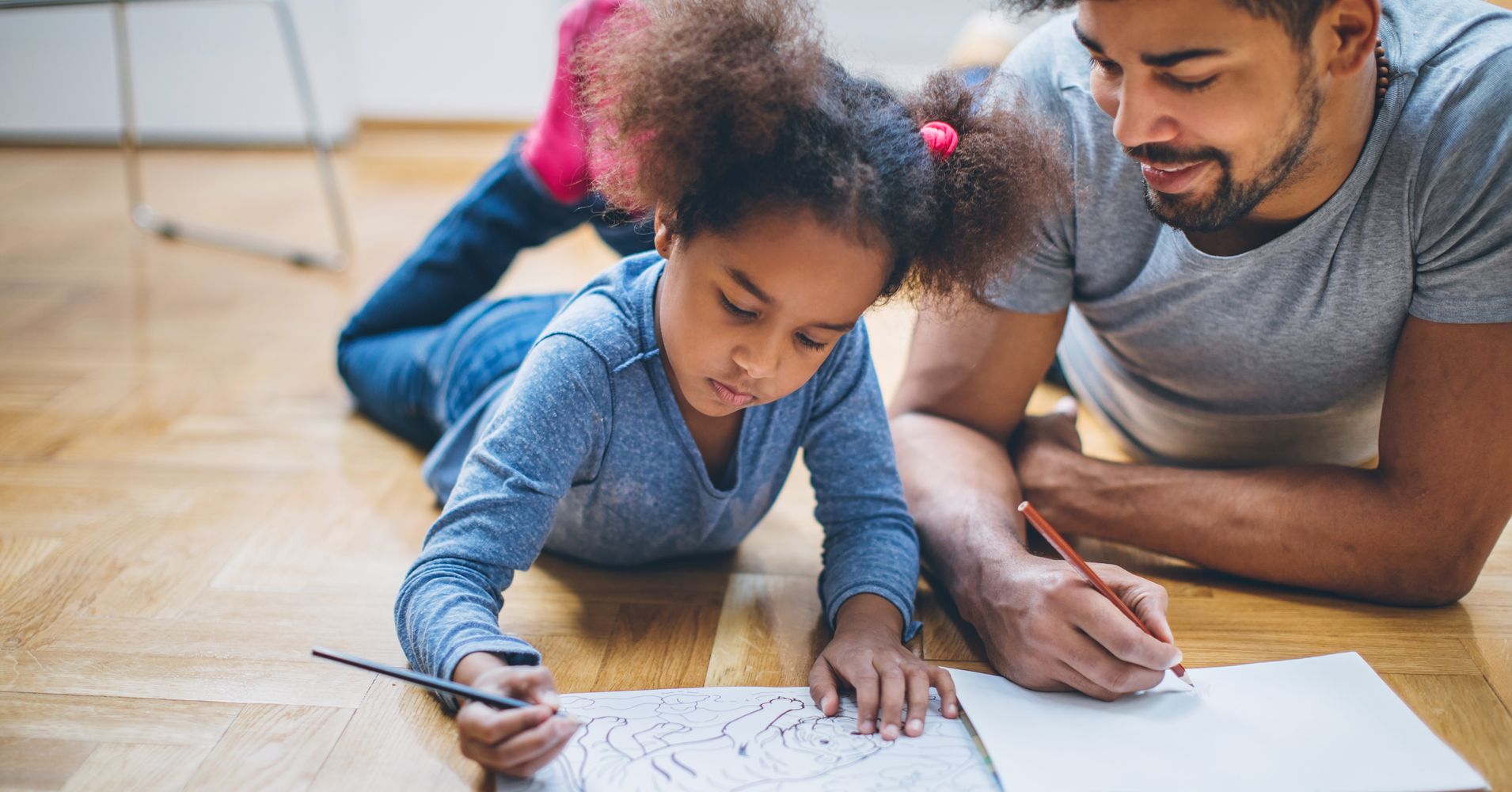 In a society that thrives on deadlines and productivity, it’s tough for many adults to embrace their creative sides. And for busy parents, it can be even more difficult to help foster their kids’ creativity between after-school activities, homework and regular life.

We spoke to a play expert, an art teacher and an early childhood specialist at a children’s museum to discuss the importance of creativity in kids’ lives. They offered tips on how even the busiest parent can easily encourage children to observe, explore and imagine.

Never underestimate the power of playtime.

In a clinical report released in August, the American Academy of Pediatrics noted that “the importance of playtime with children cannot be overemphasized” and suggested that play is a key factor in raising “creative, curious and healthier kids.”

Dr. Peter Gray, research professor of psychology at Boston College and author of Free to Learn: Why Unleashing the Instinct to Play Will Make Our Children Happier, More Self-Reliant, and Better Students for Life, is also an advocate for playtime. He recently teamed up with footwear company Kamik for its #FreeYourPlay campaign, which encourages unstructured outside play. Gray notes that several factors, including lack of recess and access to playgrounds as well as certain toys, keep kids from fully exploring their creative sides.

“For example, Legos used to just sell you the bricks that kids love to play with to make their little creations … now they sell these kits with instructions on what to build,” Gray said. “The kids are not learning to be creative with that type of play.”

He added, “This whole message of there’s a right way to do it, that limits creativity.”

While there are benefits to this individualized playtime, it’s crucial for parents to play with their children, too, according to Cassie Stephens, who has taught elementary school art for 20 years.

Stephens encouraged parents not to gloss over the seemingly simple things that adults have seen a hundred times. To kids, they’re important and interesting.

“When two colors make orange, and a 5-year-old is excited that they made that, I’m going to get excited with them,” Stephens said. “That excitement is contagious, and I want to really inspire them to keep exploring. I’m not going to say, ‘Of course, we talked about that, remember?’”

Be mindful of your own lack of wonder.

Most adults don’t have “the same creative juices” as kids, says Rachel Giannini, an early childhood specialist at the Chicago Children’s Museum and a former educator.

That means it’s easy for parents to pick up a toy and assume what its purpose is. She said the “perfect example” is a block. Many parents would begin building with it, but a child might pick it up and pretend it’s something else.

“A toy might be a plane, it might be a submarine,” Giannini said. “If you say, ‘Oh it’s a car, it has wheels, and it goes on the road,’ then you’re kind of crushing your child’s spirit.”

“It’s really self-guided,” Giannini said. “It’s this idea of, ‘What do you want to make?’ There are no instructions.”

Over time, many adults are conditioned to not notice “the magic in the little things,” or not be more observant of the world around them, Stephens said. Be mindful of that and don’t allow yourself to limit your kid’s imagination.

Keep it simple and use what’s around you.

“It’s really easy to tell a parent that they need to do something with their child and immediately [the] price tags pop in their head,” Giannini said.

She told parents not to worry because there’s no need to purchase expensive toys to inspire creativity at home. Kids benefit from “open-ended materials and loose parts.”

“Being outside and grabbing acorns and pine cones ― any object that doesn’t have a designated use ― is an opportunity to be creative and to problem-solve,” she said. “It can be a pine cone on Monday, and on Tuesday it’s part of a structure. It allows this non-prescribed play.”

If you’re on the hunt for creative supplies, Stephens said her students especially love working with clay, and she’s featured many of her go-to projects in her book Clay Lab for Kids. She also suggested parents lean in to activities their kids already enjoy.

“The slime craze: It drives some parents bananas, but [the kids] aren’t staring at a screen and they’re excited about it,” she said.

Gray stressed the importance of children learning how to independently problem-solve. “Not solving their minor problems for them, not projecting themselves or running over every time they get in a quarrel with someone” is critical for parents, he said.

Giannini also noted the importance of allowing kids to make mistakes when they play and experiment. This will encourage them to not be embarrassed to give their project another go.

“Having a place where not only can you fail, but fail in a very safe environment where you can try again, where there is no ‘I’m sorry, pencils down’ moment, is really reaffirming for kids to know that their instincts are correct,” she said. “And if it doesn’t work out, provide time to talk with your child about why it didn’t.”

Parenting is harder than ever, and there’s no one way to do it right. So on Nov. 2, HuffPost Life will convene a community of people trying to figure it out together at our inaugural HuffPost Parents conference, HOW TO RAISE A KID. In advance of the event, HuffPost Parents will publish stories on topics that matter deeply to parents of children who are starting to navigate the world on their own: bullying; sex, consent and gender; money; their digital lives; and how to raise compassionate, self-sufficient, creative, emotionally intelligent children. In short — kids who aren’t assholes. View the event site here and be sure to follow HuffPost Parents on Facebook, Twitter and Instagram, and subscribe to our newsletter, How Not To Raise A Jerk.