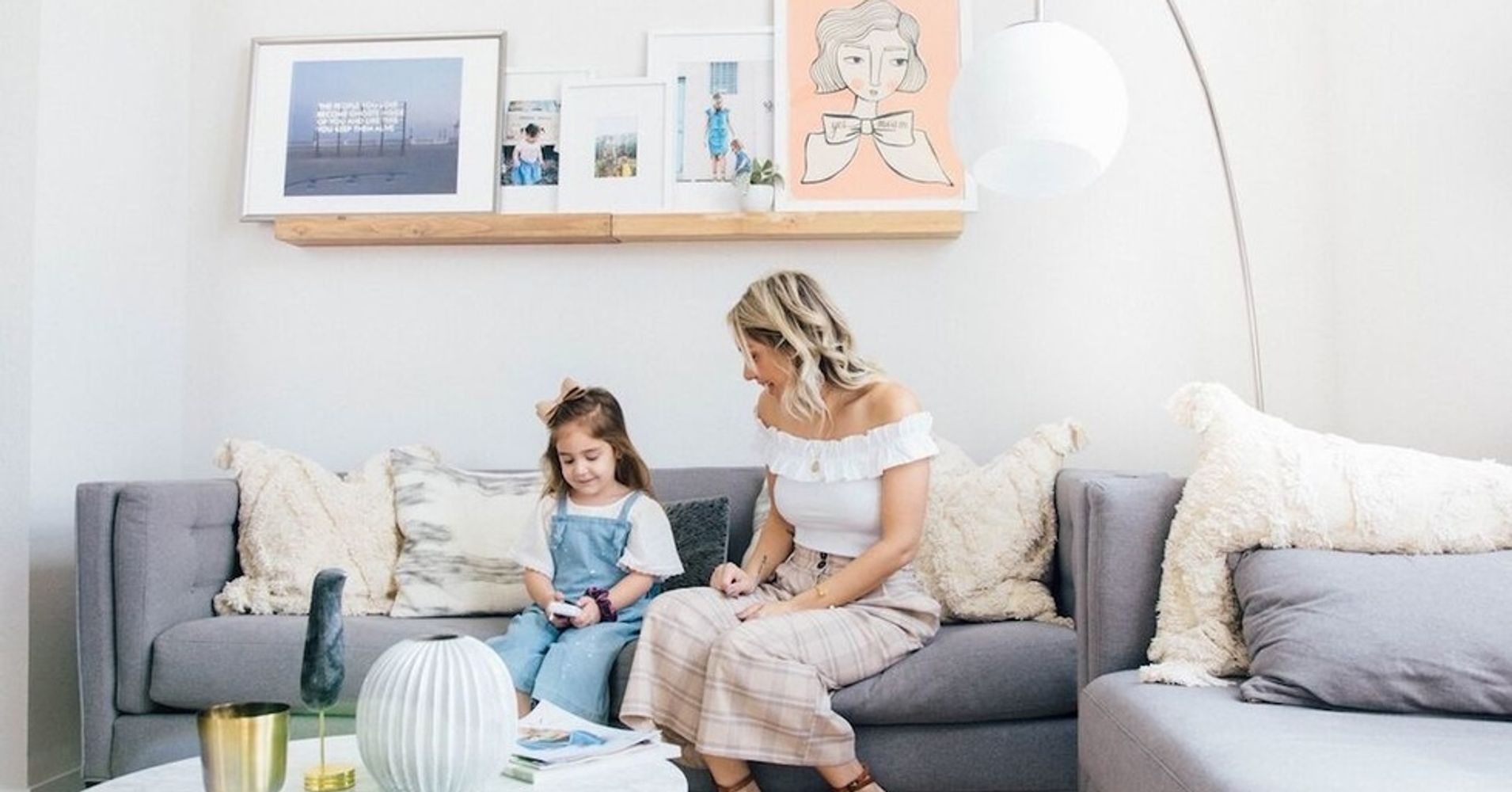 My almost 3-year-old was running through the living room and tripped. It was a short fall, but I’m sure you know what happened next — so many tears! “Mommy pick me up!”

Then this phrase rang through my head, If you don’t make a big deal out of it, they won’t either. I’m sure I’ve heard this before in some form of parenting advice, and it seems logical enough, so I typically utilize it.

My response was, “You’re fine, it was just a little fall, sweetie. You can get up.”

“My legs are BROKEN!”

This back and forth continued for a long, ridiculous amount of time. Each time, my not-actually-injured daughter declared that her injury was worse and worse, and I attempted to convince her she was fine.

I didn’t think much of it at the time, except, Ugh, it’s rough to be a toddler. Poor kiddo.

But I had a realization, as I made a specific connection between these types of incidents with my kids and what I hear so often in my professional life from my adolescent therapy clients about interactions between them and their parents.

A few that stand out go something like this:

Kid 1: “These kids at school always pick on me.”

Mom: “You just let them get away with it. You need to tell the teacher or tell them to stop. Let’s work on being assertive and standing up for yourself.”

Me to the kid, later: “Sounds like you have a lot of big feelings inside about these kids at school.”

Kid 1: “My mom doesn’t understand. She just calls the school. I just want her to understand, I do have a lot of feelings about it.”

Teenager 1 to me: “I can’t talk to my mom. I tried to tell her I don’t have any friends and she just started telling me ‘Yes you do, what about Kelly? You have Sarah and Nicole, they’re your friends.’ Blah blah blah. She doesn’t get it.”

Teenager 1: “I just wanted her to listen to me. I was trying to tell her I don’t feel like my friends are real friends. I wanted to talk about it, but I’m not going to try to talk to her again.”

Teenager 2: “I told my dad I wanted to kill myself, and he just freaked out and took me to the hospital!”

Teenager: “I just wanted him to listen to me! He never listens to me, so I thought this would make him finally listen, but he just freaked out instead. I’ll never tell him anything again.”

All of these kids, including my daughter, are trying to say the same thing: “I want you to listen to me. To understand me. I don’t need you to fix me.”

All of these parents are well-meaning, loving parents who want the best for their kid. Mom number 1 was trying to teach her child to stand up to bullies. Mom #2 was trying to help her teen realize she really did have people who care about her in her life. And dad was simply trying to keep his child alive, in a moment where his heart probably stopped beating upon hearing those words.

All of these reactions are appropriate, but what I’ve learned is: that should all be step two. Step one should always be: Listen to understand. Be in that moment with them. Sit with them in that pain, without simply trying to get out of it.

After that, by all means, teach kids to stand up for themselves, help them realize who their friends really are, and absolutely take your child to the hospital if they are a danger to themselves. In order to practice for those big things when kids turn into teenagers, we need to follow the same steps when they’re 2 and 3 years old as well.

So now I try to really hear and validate my daughter. Sometimes at bedtime she says, “But it’s too hard to close my eyes!” and holds her eyes open. If I say, “No it’s easy, you just close them!” she tries to prove how hard it is by holding them open more. Instead, I say, “I know, it can feel really hard. And you can do hard things so I know you can do it.”

After a little fall, when my brain says, “Seriously kid, that wasn’t so bad”, I go to her and say something like, “Ah bummer! That must have hurt. Do you want a hug?” or “Dang, that looked like it was scary when you slipped off the couch. How are you feeling?”

Now, I know what some of you might be thinking; “But that’s coddling your kid! If you give in to every little boo-boo, they won’t know how to deal with things on their own.” But guess what happens when I do it this way? We hug and she moves on much faster than if I were to just brush off her feelings. She doesn’t feel the need to ‘up’ it to make me understand just how bad she feels.

The tears today about tumbling down that last stair will tomorrow be about mean girls and her first broken heart. And someday those tears will be about the loss of true love or a death that will truly make her world go dark.

So let’s hold our children closer and be with them in their pain, so that they feel empowered for the times they’ll really need to know that they can keep going through that darkness. And if we’re really lucky, they’ll know that they’ll never be alone, and that our comfort will give them a guiding light.