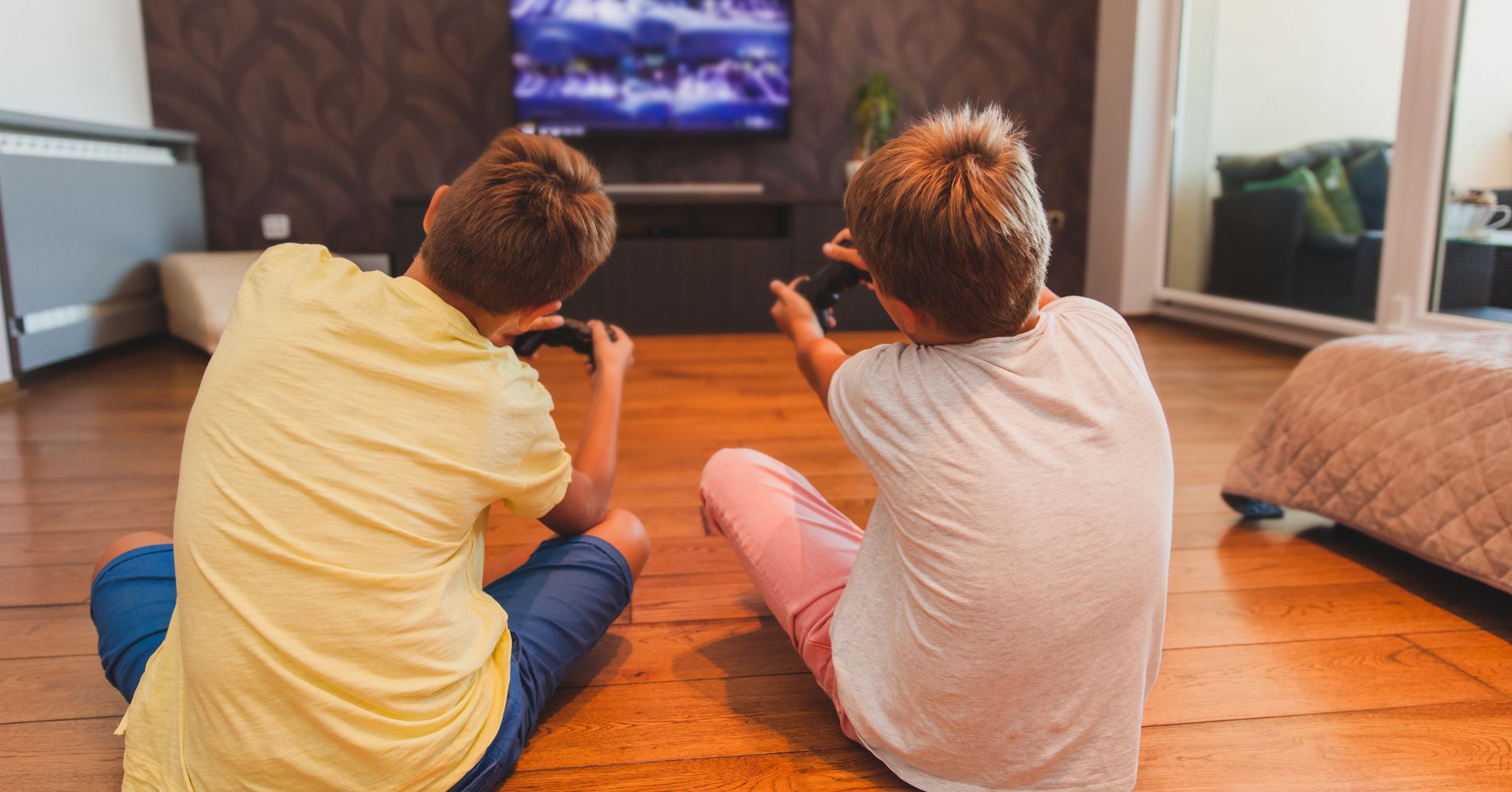 This is part of a regular parenting column from author, speaker and dad Doyin Richards in which he tackles some of the toughest questions today’s parents face. Have a topic you’d like him to take on? Email askdoyin@huffpost.com.

As a mom of two young boys, I felt conflicted while watching Christine Blasey Ford and Brett Kavanaugh testify before the Senate Judiciary Committee last week. I believe women, but I also worry that my sons could someday have their lives forever changed because of something stupid they did during childhood. How do I reconcile these feelings (and protect my sons)?

Let’s not get it twisted, Kate. Getting caught playing ding dong ditch qualifies as stupid stuff during childhood. Sexual assault is criminal stuff — and that’s what Kavanaugh is being accused of here.

Last week’s hearing was essentially a highly publicized job interview, not a criminal trial, so I’m not going to spend time debating this dude’s guilt or innocence. But I will address a disturbing trend I’ve been noticing lately.

Parents all over the country are admitting their fears that their sons will one day be accused of sexual assault and that it could ruin their lives. So let’s look at the data. False reports of sexual assault and rape account for only about 2 to 8 percent of reports. This number falls in line with most other falsely reported felony crimes, so the chances that your sons will be wrongfully accused are very low.

Plus, only 1 in 3 sexual assault victims reports the crime to the police. So rest easy, Kate: If your sons do sexually assault someone, they’ll likely get away with it.

(I hope my sarcasm was clear enough for you.)

Since 1989, only 52 men have had their sexual assault convictions overturned because they had been falsely accused ― compared with almost 800 people exonerated of murder during the same time frame. So if you think for a second that false accusations of sexual assault forever changes the lives of men at a rate remotely comparable with how real sexual assault affects the lives of survivors, then I really don’t know what to tell you.

And to be honest, I’m having a hard time understanding how you can write that you “believe women” but are worried about your sons in the same sentence. That’s just another version of “Some of my best friends are black.”

If you truly believe women, then you’d understand that sexual assault survivors are the ones who are never the same afterward. Many of the women (and men) I know who were victims of such heinous crimes have dealt with or still struggle with mental illness, suicidal feelings or living in a state of fear or have spent countless hours in therapists’ offices just to remain functional human beings. Hell, one woman I know sleeps with a baseball bat in her bed every night; she was raped at 12 years old. She’s 39 now.

But look on the bright side, Kate. You know what your boys will never have to do? Fan their keys between their fingers like Wolverine from “X-Men” as they walk to their car at night. Ask a trusted friend to watch their drink when they go to the bathroom at a party so they don’t get drugged. Spend the night at a friend’s house because some creepy “admirer” won’t leave them alone.

And you’re here wallowing in the myopia of the off chance your boys will be falsely accused of sexual assault? Please take all the available seats.

My parents raised three boys, and I promise you they never worried about us sexually assaulting people. Why? Because they taught us to respect the boundaries of others and have a basic understanding of consent. If you want to protect your boys, I suggest you do the same. Because the boys who aren’t taught these lessons grow up to become our doctors, teachers, elected officials, coaches, co-workers, neighbors and potential Supreme Court justices who believe they are entitled to do whatever they want with others’ bodies without consequences. And no one wins in that scenario.

The overwhelming majority of men who commit sexual assault are walking the streets with us today, and they don’t have signs around their necks reading, “I’M A RAPEY SCUMBAG! BEWARE!” As a dad raising two girls, I’m tired of contending with parents who believe it’s totally normal for boys to be handsy whenever they feel like it. It’s not normal. It’s criminal.

Teach that to your sons, and they will do just fine.

My neighbor and I both have daughters in the second grade. Hers is an excellent reader, speaks multiple languages and excels in sports. My daughter is the kindest kid in the world, but she struggles with school and doesn’t play any sports. My neighbor constantly talks about how great her daughter is in front of me and makes passive-aggressive comments like, “School is challenging for other kids, but it’s so easy for Samantha. I must be doing something right as a mom.” She makes me feel like the worst mom on the planet. Should I confront her?

Samantha is not a perfect child — and I can say that confidently without ever meeting her. Don’t be fooled by these social media moms and dads who share only the highlight reels of their kids’ lives, Deb. Everyone has their shit. Some people just choose to be dishonest about it.

You know what you’re doing right as a mom? You’re raising the kindest kid in the world — which is a much stronger testament to your parenting abilities than raising a star athlete or star student.

Don’t freak out about your daughter’s academic woes. I struggled big time in school as a kid. It took me longer than most to learn how to read, and I had a horrendous speech impediment that lasted throughout elementary school. Today I’m an author, a writer and a keynote speaker — because I have parents who believed in me and provided the extra help I needed when I was young. I have a feeling you’ll do the same for your little one too.

But this brings up a larger point: the stress you’re feeling about parenting. Almost 80 percent of American adults surveyed by Pew said they believe moms feel pressured to be amazing at raising children. I’m here to say most fathers don’t deal with that. If a dad posts a photo with a kid in a baby carrier while making a ponytail for his other daughter, he’s viewed as a hero. (I know this because I’ve been the one wearing the figurative cape.) Moms? They don’t have the same luxury.

Nothing removes the joy from parenting faster than comparison, and comparisons are everywhere. It’s about whose kid walked first, read first, learned a second language first, won a tournament first, got into college first, ad nauseum. But does any of that really matter?

Parenting isn’t a professional sport, and no medals are handed out for raising our kids well. Why? Because the great secret of parenting is that none of us know what we’re doing! We’re all just doing the best we can while trying not to significantly damage our kids in the process.

Should you confront your neighbor? Nah. I could be wrong here, but it seems the main reason you feel inclined to do so is based on your own insecurity. And — going out on a limb again — I believe it’s your neighbor’s insecurities that prompt her to keep boasting about her kid’s accomplishments.

If you change the way you look at things, the things you look at will change. When your neighbor goes on about her daughter, simply congratulate her and move on. What that little girl does has zero bearing on your daughter or your parenting abilities.

Remember: You are a great mom raising a kind girl. You should believe that with all your heart, and if you don’t, just ask your daughter. She’ll agree with me.

Doyin is a father, husband and author dedicated to creating and celebrating a world of great fathers. Follow him on Twitter or Facebook at @daddydoinwork or ask him a question for a future column at askdoyin@huffpost.com.