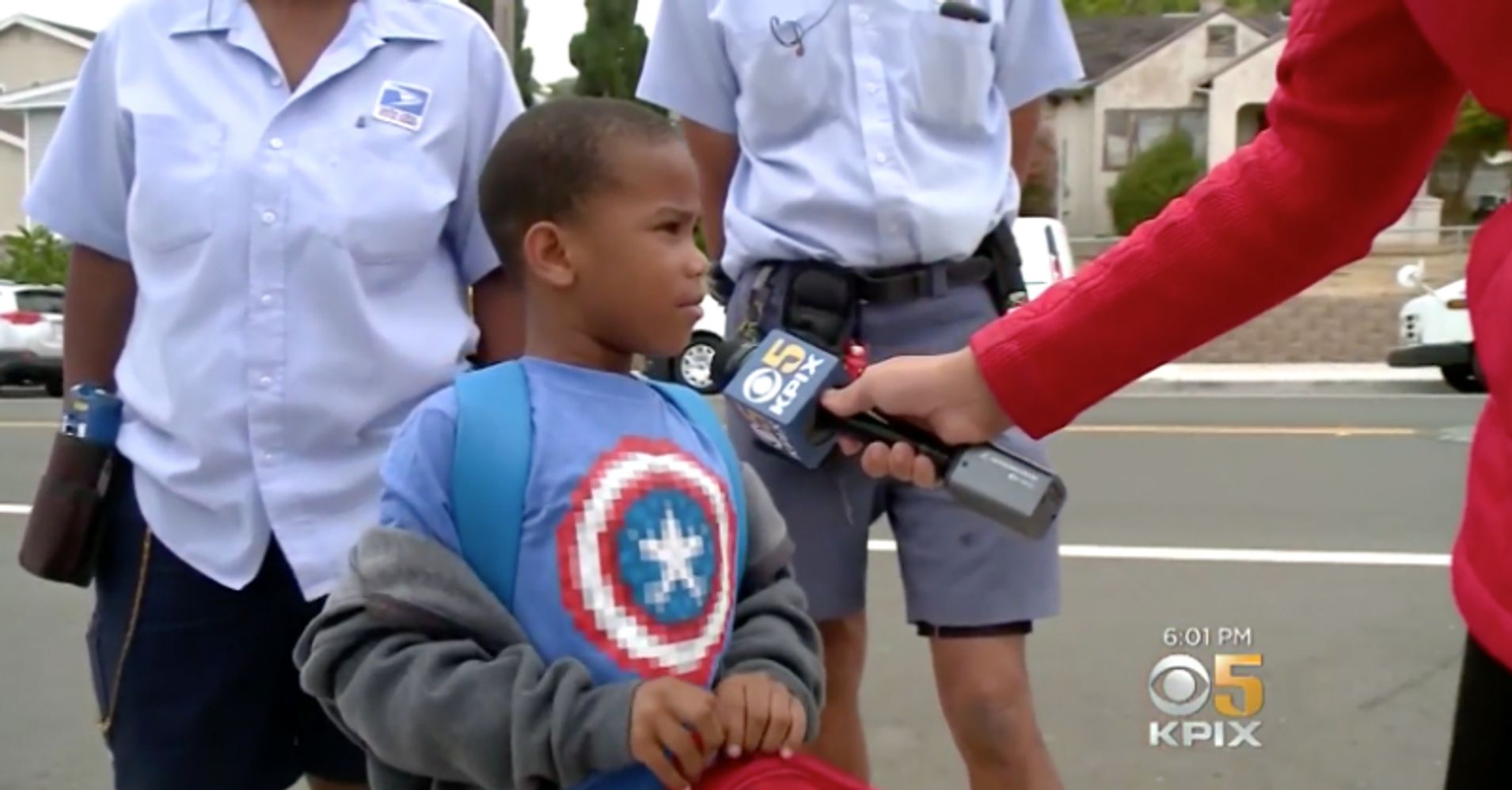 Parents of a boy are demanding answers after their 5-year-old son walked nearly 3 miles home from his first day of kindergarten on Monday at Fairview Elementary School in Hayward, Calif., unsupervised.

Duana Kirby spoke to KPIX about the phone call that she received from her son, Jackson, where he shared some surprising news that forced her to leave work early.

“He said, ‘Mommy I made it home,’” Kirby told the news outlet. “I was like, ‘Jackson, you are supposed to be at school. Why did you take your phone to school?’ I thought he took his phone. He said, ‘No mommy I’m at home.’ I said, ’Who brought you home? He said, ‘Nobody. I walked.’”

Kirby told KTVU that Jackson was supposed to be escorted to an after-school program on the school’s campus after his day ended. Kirby said her son went to the bathroom down the hall from his classroom when school got out at 12:20 p.m. While Jackson was in the bathroom, an instructor from the program stopped by his classroom to see if he was there and then went to get children from other classes, Kirby said.

When Jackson returned from the bathroom, no one was in left in his classroom. So he decided to walk home.

After she met her son at home, Kirby mapped out the route from the school to her house, determining that her son had walked 2.6 miles. The 5-year-old didn’t know any street names but said that he looked for certain landmarks that helped him find his way back. And although he made it back safely, Kirby isn’t pleased with how her son was able to slip away from the school so easily.

The following day, Kirby and her husband, Larry, showed up at the school to ensure that Jackson made it to his after-school program.

“[I’m a] working mom of four kids,” Kirby said. “My husband works as well. And this is what I have to go through to make sure my kids are safe.”

The Hayward Unified School District sent a voicemail to all parents at Fairview Elementary to explain the situation and to promise that the district would be paying more attention to students. The school district also provided this statement to Yahoo Lifestyle:

The safety and security of our students is our highest priority. The district currently has policies and procedures in place to ensure the safety of children while at school and in our afterschool programs. We take this incident very seriously and are investigating to determine what steps need to be taken to ensure that this does not happen again.

Still, the Kirby family is pursuing legal action against the school, according to the East Bay Times.

“It’s hard to gauge where he’s at,” Kirby told the local publication about how her son has been doing since. “He’s only 5. I know it has had some effect. Yesterday, he didn’t eat his lunch or dinner last night. It’s having some kind of impact on him.”