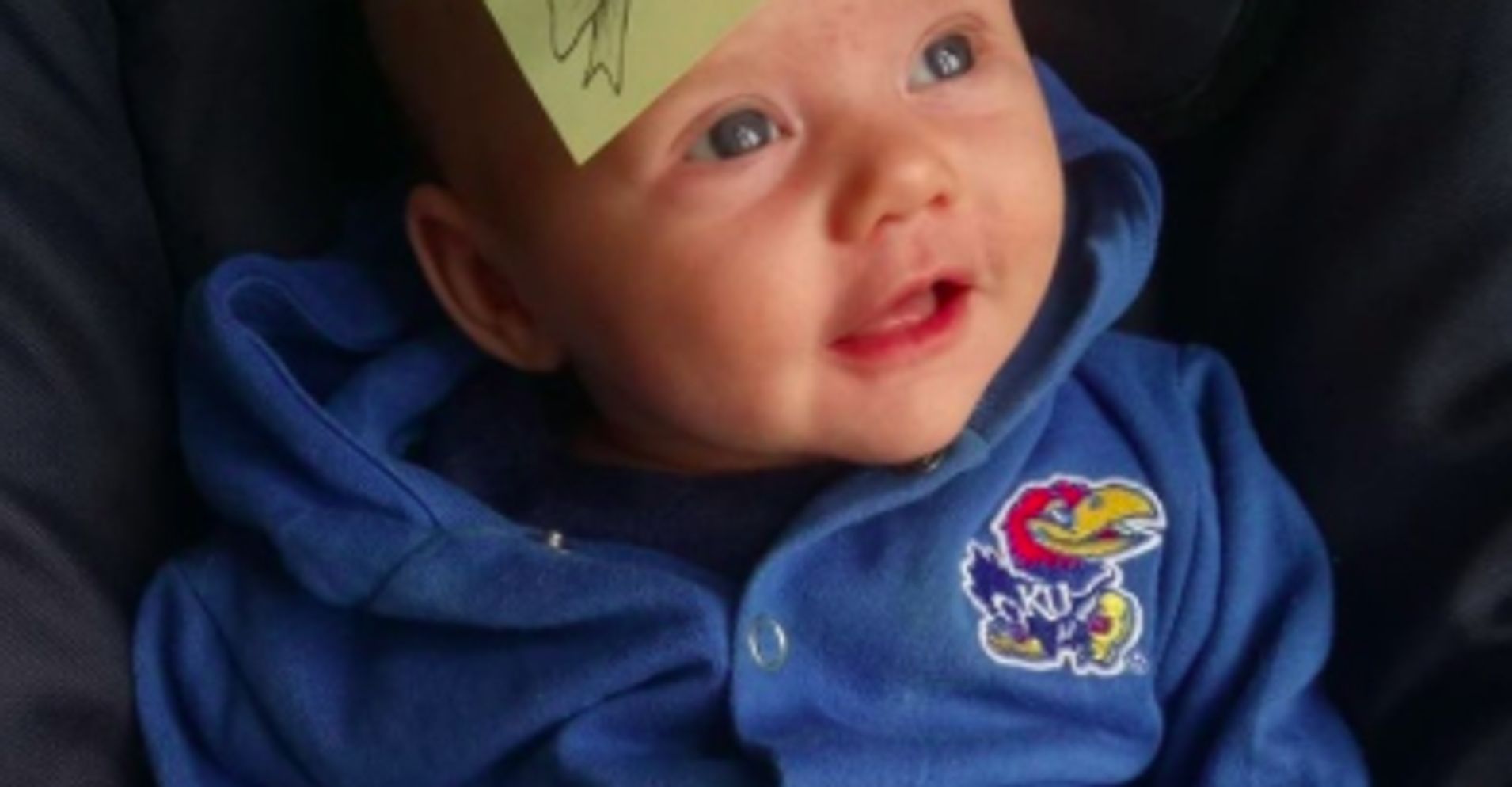 When dropping off your little one at nursery school, you might expect childcare workers to check if you’d remembered to bring diapers, a spare set of clothes and a sippy cup.

What you might not expect is for them to advise you that you need to dress your child in more gender-stereotypical clothing. But that’s exactly what happened to these parents when they dropped off their infant daughter at daycare.

Steve Rold recently took to Reddit to explain that he and his wife, Jessica, had been left surprised when the staff at his daughter’s nursery school suggested that they should think about dressing their little girl in dresses or put bows in her hair to help the other kids understand she was female.

Their response? To stick a Post-it note with a drawing of a bow on their child’s head.

“How my wife dressed our daughter the day after the teachers at daycare told her we should really be dressing her more like a girl,” he wrote alongside a picture of his daughter sporting her “bow.”

“Why do they think they should even suggest what your child wears? Weird people,” one redditor commented.

“My 4-year-old loves pink,” another explained of her son. “All his friends are girls and they all love pink, MLP (My Little Pony), and princesses… so my son loves to wear pink (he has exactly one pink shirt that he wears the moment it is clean), he begs to watch MLP the moment he gets home from school, and he talks about princesses all the time. I see our family visibly cringe. It’s great.”

“I have a 5-year-old girl,” added another parent. “She loves Pokemon, Minecraft, and has said she wants a Hot Wheels track set for Christmas. She also loves MLP, Barbie, mermaids, princesses, and unicorns. … Sometimes we buy her T-shirts and PJs from the boys section … because it’s easier to find stuff that doesn’t have those annoying little frilly things on the sleeves that feel scratchy and bother her. Just let kids have fun and enjoy what they want.”

“My 2-year-old daughter is misgendered often by strangers,” read another comment. “Like we’ll be grocery shopping and someone will say “isn’t he a good little helper.” It doesn’t bother me. Her hair is still quite short and she generally just wears a T-shirt and pants. … But if someone made some other comment, like muttering something under their breath about how she should be wearing a dress, that would rustle my jimmies.”

Speaking about the incident to Bored Panda, Rold explained that the daycare staffers were likely just trying to be helpful.

“Maybe they thought that it hadn’t crossed our minds to dress our daughter any differently or perhaps they just didn’t want to answer a million questions from the other kids at the daycare as to why our baby isn’t dressed in pink and flowers,” he said.

“The suggestion was actually pretty mild but it was piled onto a hundred other similar ones that I’m sure all parents get, so my wife just felt the need to push back a tiny bit. My wife was just trying to expose the humor inherent in the situation.”

And it certainly hasn’t put the family off the nursery.

“It’s an absolutely amazing daycare,” he said. “They focus on early education and outdoor play. We both feel like we’re extremely lucky to have our kid in that kind of place.”