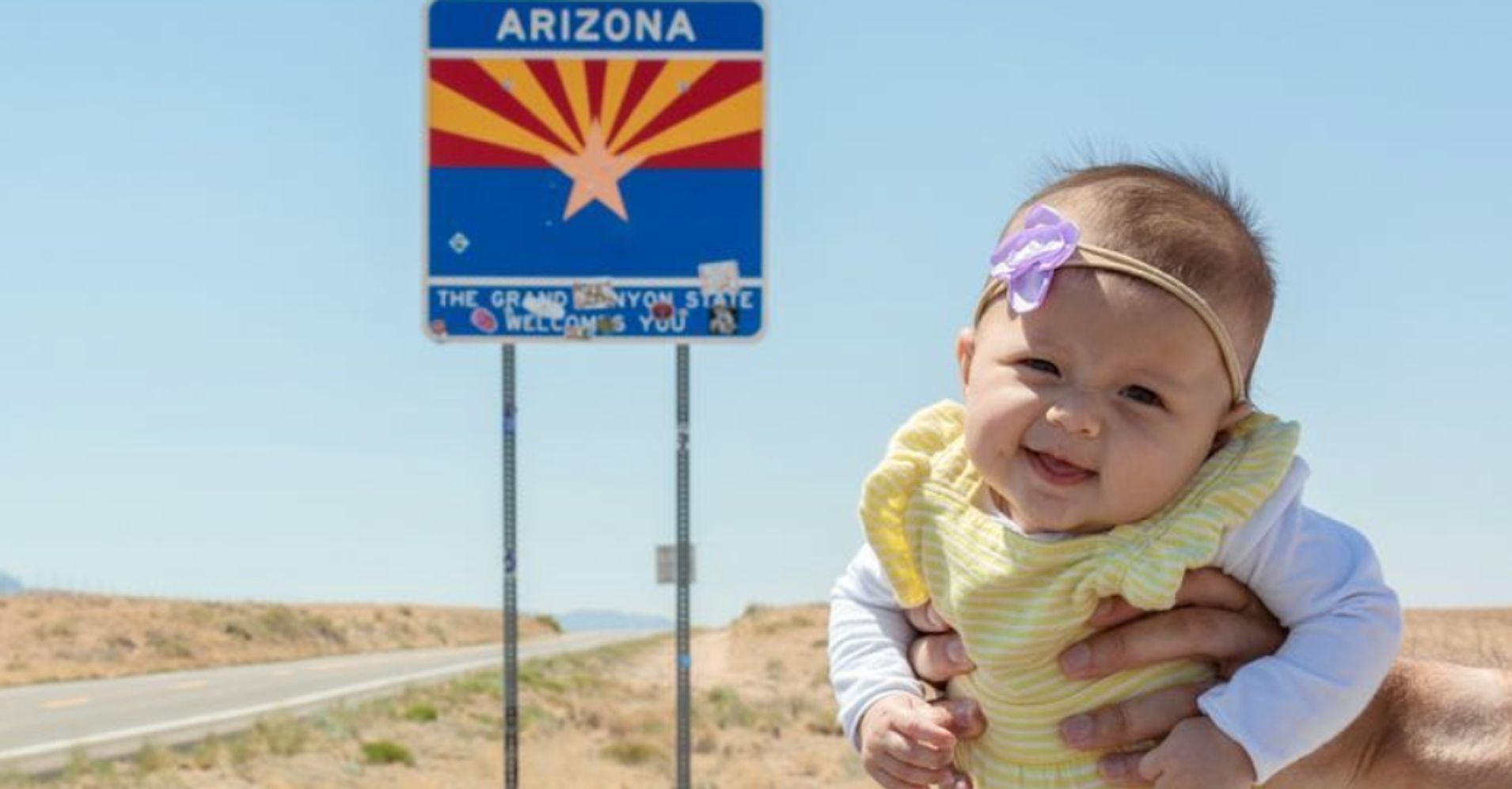 Just shy of reaching six months old, Harper Yeats has already visited every state across the U.S., her parents say – and now she has a bunch of adorable photos and heartwarming videos of giggles to show for it.

Harper’s parents, Cindy Lim and Tristan Yeats, had been documenting their baby girl’s journey across the States, which began in Maine on June 17, when Harper was eight weeks old.

Lim and Yeats moved from Australia to Canada at the end of 2015, shortly after they got married. Travel has long been a part of the couple’s lives; they’ve journeyed together to a number of countries, including Vietnam, Spain and Iceland.

And before Harper was born, the couple had dreams of traveling to all 50 states – they even accomplished visiting 19 of them. But when they were preparing to welcome Harper to the world, the pair decided it would be a great opportunity to share in the experience with their new daughter.

Their original plan was to travel with Harper to the remaining 31 states they hadn’t visited. But with the desire to have a significant amount of one-on-one time with Harper – and with Lim on maternity leave (standard in Canada) and Yeats on an unpaid leave from work – their travel plans evolved into a full road trip with their baby girl.

Despite warnings from people telling the couple that traveling with a newborn would be difficult, Lim said Harper was “surprisingly good.”

“To us, it’s been surprisingly easy,” she said. “I guess that’s because we’ve braced for the worst.”

Lim and Yeats had worked out a system that kept Harper happy. And if Harper’s joyful photos on Instagram are any indication, it appears to have been a success.

For example, the couple explained to HuffPost that they kept their driving periods relatively short by taking breaks on the road every few hours. The idea was to let Harper rest and have the family enjoy the actual journey as they visited all 50 states.

“Because we’re traveling with a baby we try to make the car trip as much of a vacation as possible,” Lim said. “We take long breaks, wander around, and make those memories as a family – and not rush to the destination.”

Indeed, Harper’s parents noted that some states had especially memorable moments and “firsts” for the family. Harper rolled over for the first time in Iowa. She had her first dip in an ocean in South Carolina. Bismarck, North Dakota, will always be remembered as the place Harper “mastered” a full laugh.

The family typically spent about two nights in every state, though some visits were longer or shorter. Yeats explained that for places where they didn’t spend the night, they made a point to at least spend some time wandering around, grabbing lunch or a souvenir. They also traveled back home to Toronto – by plane or car – every month, so Harper could get her checkups and vaccinations.

Harper, born April 22, completed her journey visiting all 50 states on Oct. 18 in Vermont. To celebrate the occasion, the couple hosted a casual meetup the day after, to sit with people who had been following their journey online.

After reading about the members of the All Fifty States Club, an organization whose members have traveled across all the U.S., Yeats and Lim have applied to the Guinness World Records to see if their daughter could be the youngest person to have visited all the states.

The proposed title of the youngest person to visit all the states is not an existing category, the Guinness World Records told HuffPost, but it is reviewing their application.

Lim ― who is a lawyer ― and Yeats, a civil engineer, are preparing to return to their jobs in Canada, with hopes to plan another big adventure in the future.

Yeats explained that they believe Harper’s early travel has helped make her a more adaptable baby. He hopes hearing stories about her experiences will inspire her to have her “own sense of adventure” when she grows up.