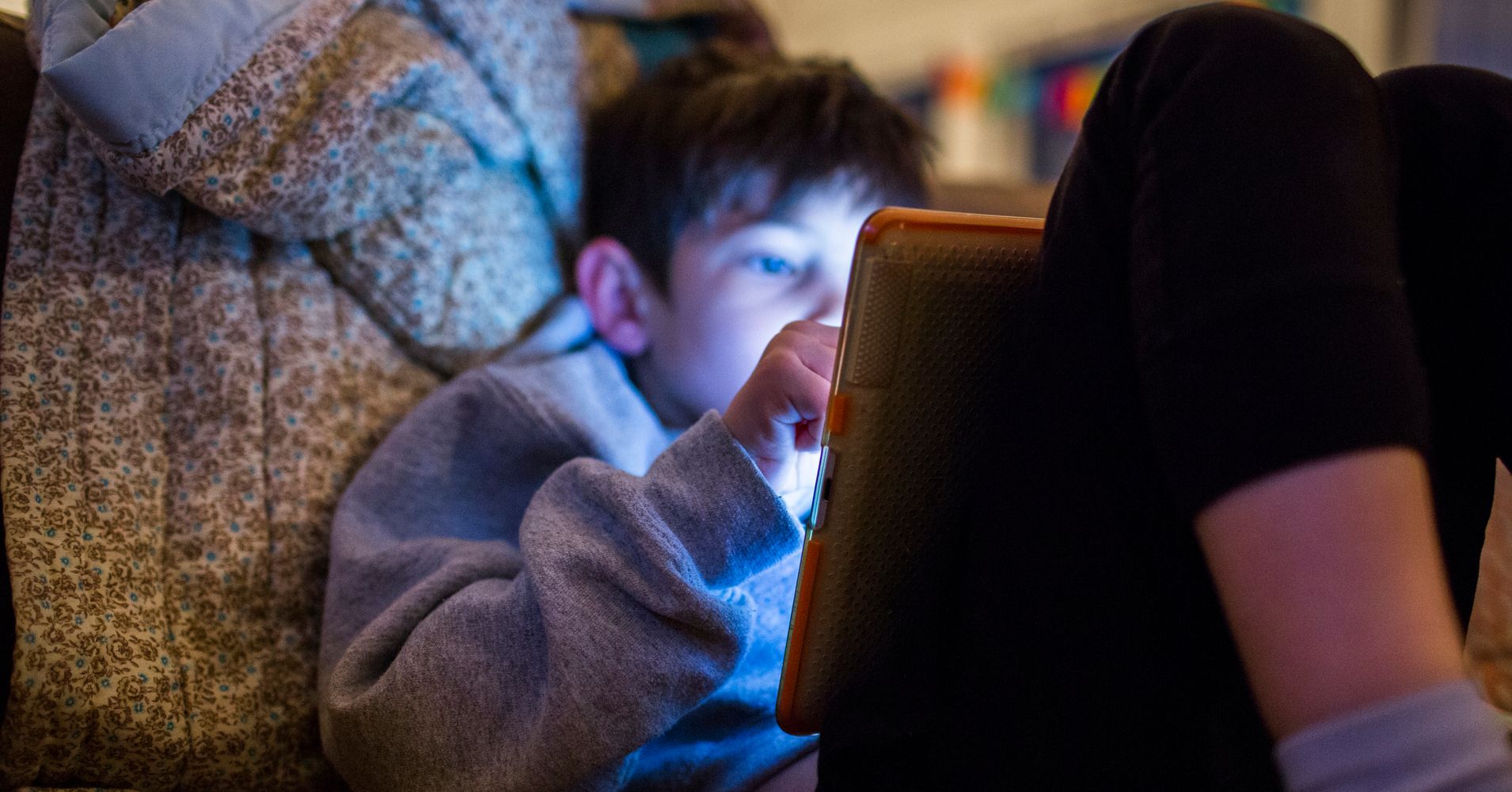 The idea of talking to your child about pornography may feel terrifying, humiliating or just straight-up awkward. But it’s a necessary conversation for parents who want to raise kids with a healthy understanding of sex.

“Talking with children helps prepare them and can help minimize potential harm. It also allows the parent to give the child some insight into what they may see,” said Wallace-Wright, who advised parents to be mindful about giving their children smartphones and tablets and setting rules for internet use.

Speaking calmly and in a neutral tone of voice makes a difference in these kinds of sensitive discussions, according to Wallace-Wright. “Parents are understandably concerned, but this fear cannot creep into their voices during discussions, or their child will sense this and become anxious,” she noted.

Wallace-Wright also offered a general script for parents who want to broach the subject:

Reassure Them That Their Curiosity Is Natural

Don’t Get Too Personal At First

“The internet feels very private to each of us, when in reality, it’s not, so bursting through that shroud of perceived privacy can be really confronting, which is not a great way to start off a conversation,” she explained.

Instead, she recommends asking open-ended questions about what friends and classmates are doing. It can also be helpful to feign a little bit of “old-people ignorance,” by asking questions like, “I heard this story on the radio today about these sexting rings. Have you heard about anything like that happening at your school?” That allows parents and young people to start the conversation in a non-confrontational way and see where it takes them.

The sex educator added that she usually follows this declaration by joking that watching pornography and feeling like you’re ready for real-life sex makes as much sense as watching “Star Wars” and insisting to NASA that you’re ready to pilot the shuttle.

“In a healthy sexual relationship partners talk to each other, they find out what feels good for both of them and check in: ‘Does this feel OK?’ Before doing any kind of sexual act, they get consent from their partner: ‘Are you OK with us doing this?’” she explained. “Partners treat each other with kindness and respect throughout.”

“[W]atching pornography and feeling like you’re ready for real-life sex makes as much sense as watching ‘Star Wars’ and insisting to NASA that you’re ready to pilot the shuttle.”

Teach Them Everyone’s The Boss Of Their Own Body

Regarding the pain concern, she added, “Most people choose to have sex because most of the time, sex feels really good. But you don’t have to do anything with your body that you don’t want to do.”

“A parent watching something like that with their young person is a great way to spark a conversation, and it can offer some language to parents feeling nervous about how to say what they need to say,” she added.

Make It Clear They Can Come To You

“It is key that the parent reassures the child they can come to them any time they see something upsetting or have any questions,” Wallace-Wright said. She advised parents to tell their children: “If you ever see anything you don’t understand, or that makes you uncomfortable, please let me know. I’m here to talk to and help you.”

“[Y]ou can’t really effectively parent from a place of fear, as understandable as it is.”

“What we have to do as parents and caring adults is open up those conversations, so we make sure that we give them the tools and lens to be able to interpret what they see and to know they have a safe place to go to if they have questions or if something comes up,” she explained.

“That’s not the only way young people are experiencing pornography,” she explained. “Because of the normalcy of sexting and digital life and sending nudes back and forth, there have to be conversations around the laws that intersect with those kinds of behaviors.”

In many states, there are laws that criminalize teenagers sending nude photos back in forth as manufacturing and disseminating child pornography, and although enforcement is inconsistent, Cavill believes it’s important for middle and high schoolers to be aware of what their state’s legal system says.

Parents can broach this topic by asking their kids if classmates engage in sexting. “Then you can say, ‘I think we should probably look up what the laws are in our state about this, just so we know, right? Why don’t we look those up together?’”

That way, families can frame the discussion in terms of internet ethics and being responsible online. From there, Cavill recommends talking about specific family values when it comes to sex: “This is what the law says is legal, but this is what our family believes is the moral thing to do and not to do on top of those legal standards.”

Teach Them To Reduce Digital Risk

Parents can ask their kids to refrain from risky digital behavior, but issuing commands like “Never send nudes!” is not particularly effective. Cavill noted that it’s important to send the message that it’s illegal to ask for nude photos as well.

“Many young girls have reported feeling harassed and coerced into this kind of behavior. They’re not choosing it but get a lot of persistent messages until they finally just send a photo to make it stop,” she said, adding that young people also don’t know what to do if they’re being harassed in this way.

Ultimately, Cavill advised parents and caring adults to be realistic about the kinds of behaviors young people engage in and give them the information they need to reduce their risk ― like the laws in their state, what to do if they feel harassed, how to deal with nude photos after a consensual relationship has ended, who to talk to if they’re in a tough situation, etc.

“My main caution for parents who are understandably fearful about this kind of stuff ― though I’d argue you can’t really effectively parent from a place of fear, as understandable as it is ― is not to go into it with a kind of authoritarian rule-passing,” she explained.

“Parents want to go into the conversation like, ‘Let me see your phone!’ ‘Where’s your fake Instagram account?’ “Let me check your phone every day!′ ‘Don’t do this!’ For some kids, that does work, but not for most,” she continued. “For most, you get what looks like compliance. But they just get better at hiding it, and then you haven’t really talked about risk in a way that feels connected to what young people are dealing with on the ground.”

Parenting is harder than ever, and there’s no one way to do it right. So on Nov. 2, HuffPost Life will convene a community of people trying to figure it out together at our inaugural HuffPost Parents conference, HOW TO RAISE A KID. In advance of the event, HuffPost Parents will publish stories on topics that matter deeply to parents of children who are starting to navigate the world on their own: bullying; sex, consent and gender; money; their digital lives; and how to raise compassionate, self-sufficient, creative, emotionally intelligent children. In short — kids who aren’t assholes. View the event site here and be sure to follow HuffPost Parents on Facebook, Twitter, and Instagram, and subscribe to our newsletter, How Not To Raise A Jerk.