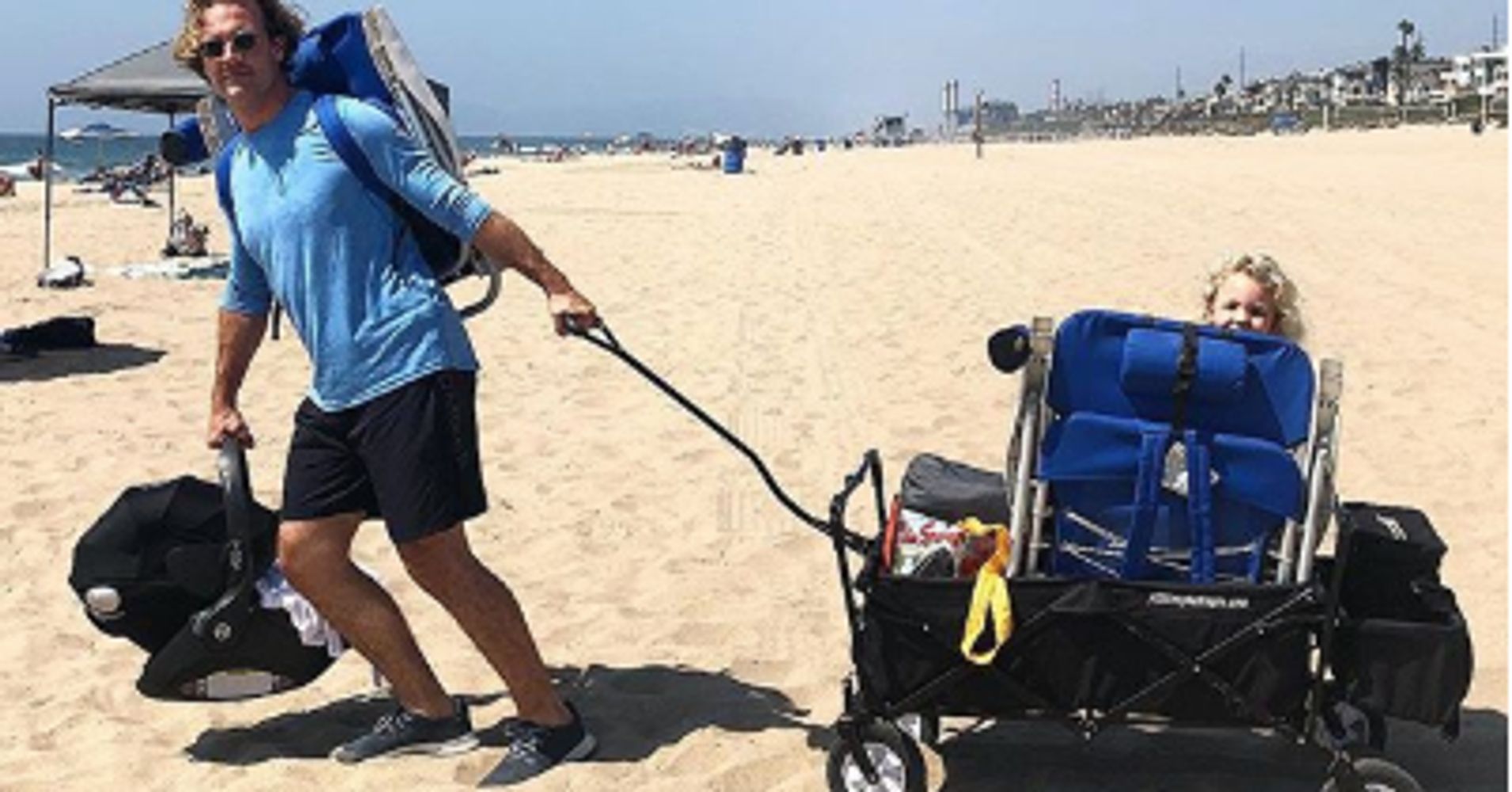 Actor James Van Der Beek and his wife, Kimberly, have five kids under the age of 9 (their oldest turns 8 on Tuesday), so you know they have tons of parenting ups and downs to share.

Van Der Beek has provided a glimpse of his life as a dad in interviews, as well as in snapshots and videos on his Instagram account, which has 572,000 followers. From showing what it’s really like to take a group of kids to the beach to forever wanting just a little more sleep, here are 11 hilariously relatable fatherhood moments from the “Pose” actor.

When he celebrated his birthday with a subtle nod to something all parents want:

When he summed up what it’s like to FaceTime with kids:

When he perfectly captured every parent’s aesthetic at the beach:

“Such is the life of a parent on #LaborDayWeekend,” he joked. He also described the day’s supplies as a “wagon-full of crap.”

When he talked about the chaos in his home:

In the caption for a 2016 video, Van Der Beek wrote that one day he’d be able to make pancakes without kids stepping on his feet or asking to stir the batter, but he’s not looking for that day anytime soon. He added the hashtag #EmbraceTheChaos followed by #SaysTheDadOperatingOnTwoHoursOfSleep.

When he talked about being an expert at child-proofing around the house:

In a 2014 interview on “The Wendy Williams Show,” Van Der Beek said he fell into multiple coffee tables as a kid and has the scars to prove it, which means he’s an expert when it comes to child-proofing for his own kids.

“Some people have a gift,” he said. “Some people can play the piano like Mozart. I can find a sharp corner in a room without even looking for it.”

When he explained what to do (and what not to do) when your pregnant partner can’t tie their own shoes:

When Kimberly was pregnant in 2016, Van Der Beek posted about how he got a lot of credit for tying her shoes.

“And because she gives you major points for this, what you don’t tell her is that she’s by far the most cooperative shoe wearer in the household,” he wrote in the post.

When he joked about the “gravitational pull” of iPads for kids:

Van Der Beek captioned a photo of his kids reading with a truth about iPads that parents know all too well.

When he described what it’s like to keep up with five kids:

In July, the actor appeared on “Live with Kelly and Ryan” after welcoming his fifth child. Asked how he and his wife keep up with all the kids, he joked that “when you get to five is when you start just going by numbers.”

When he demonstrated what a parent’s workout can really look like:

Back in 2015, the “Dawson’s Creek” star joked that “having the right workout partners” ― his kids, naturally ― was the key to a good workout (or at least, the key to the only workout many parents can manage).

When he let his Instagram followers in on a funny secret:

Van Der Beek admitted defeat in a photo from this summer that shows him carrying his youngest and walking with another when they were “both supposed to be napping.”

When he described fatherhood as the “f**king best”:

For Father’s Day 2017, Van Der Beek wrote on Instagram that he had “never been broken more wide open” than he was when he became a dad and said fatherhood was “the f**cking best.”

He said something similar after welcoming his first child in 2010 with a tweet that read, “Had the blessing of becoming a father over the weekend … Couldn’t come close to describing this bliss even if I had 140 million characters.”