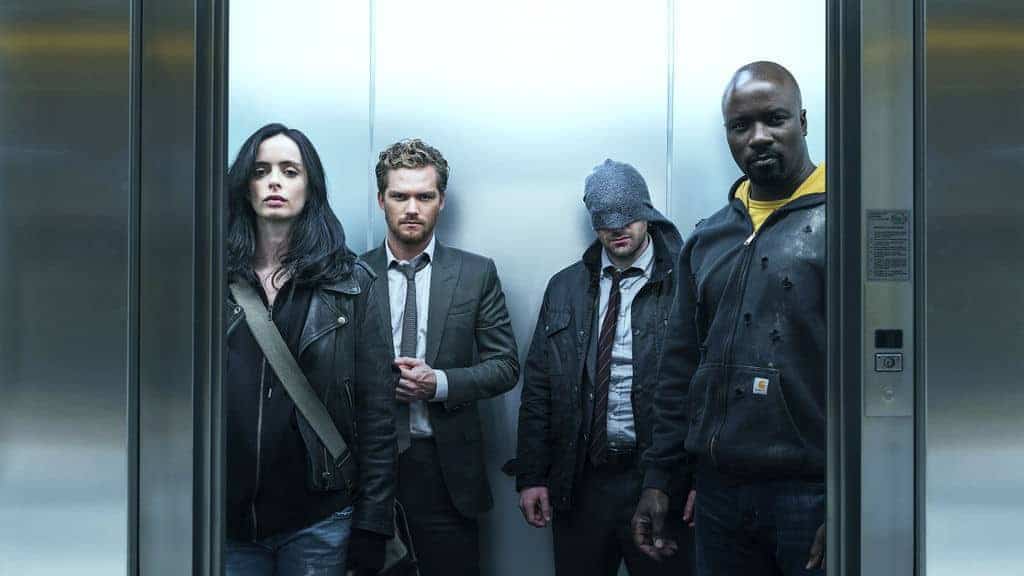 Finished all of your favorite shows and not sure what to watch now? The time for mindless scrolling has come to an end, why? Because we’ve taken out the legwork out of the equation, we’ve researched, watched, and compiled the Very Best of Netflix TV Shows for you, your man, or your date. Grab your popcorn and wine and get that remote ready. Let the binge-watching commence.

Best of Netflix: For Moms 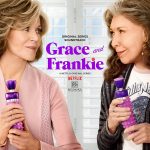 An unexpected love affair throws Grace and Frankie, long time enemies, into joining the same side. Everything they have known comes crashing down and they find their rocky friendship to be all that keeps them going. Funny and quirky, you’ll fall in love with these two besties.

You’ll Love Grace and Frankie if… 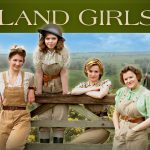 Another World War II drama following four members of the Land Army at the Hoxley Estate. The women joined the Army for different reasons but the same goal at heart – to end the war. Watch as their lives change manipulated by love and war. 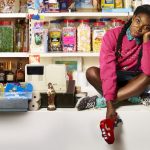 A television sitcom set in London follows 24-year-old Tracey Gordon as she wades through life, learning that things aren’t always what they seem. Beyonce and religious obsessed, she tries to fit in with a world that is big and the possibilities are endless. 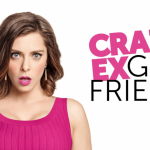 Even when we seem to have it all together, we can feel as if something is missing. This is exactly what happens to main character Rebecca Bunch, as she gives up her posh NYC lifestyle and heads out to California looking for what is missing- her ex.

Best of Netflix: For Dads 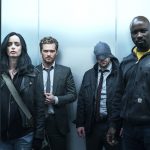 Four of Marvels biggest superheroes come together for the common goal of saving New York City.  They face many differences but realize that if they don’t work alone they will never be able to save the Big Apple. 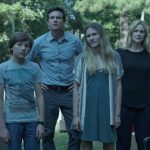 The story follows Marty Byrd (Jason Bateman) and his family from their cush life in Chicago to a challenging life in the Ozarks. The family ponders the erratic move of their father but soon come to find out there is more than just a change of pace for the move.

You love Ozark if… 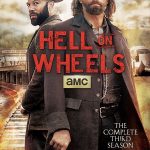 This compelling story follows the construction of Union Pacific first transcontinental railroad. As they forge further into the unknown and unsettled territory, new challenges arise. Cullen Bohannon finds himself attempting to start life anew but ending up in a lawless town called “Hell on Wheels” that moves with the construction of the railroad.

You’ll love Hell on Wheels if… 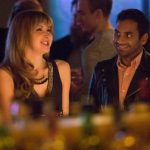 Loosely based on creator and comedian Aziz Ansari’s life, this story follows Dev, a New York-based actor.  Follow as he hilariously struggles to find himself professionally, personally, and romantically.

You’ll love Master of None if…

Best of Netflix: For Couples 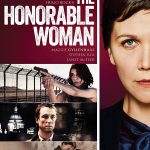 It is no secret that the Middle East presents many dangers. Follow Maggie Gyllenhaal as she stars in this Emmy Nominated Bristh TV Show, The Honorable Woman. Gyllenhaal plays a successful British businesswoman with Israeli roots attempts to gain some peace in a world that is more dangerous than she thought.

You’ll love The Honorable Woman if… 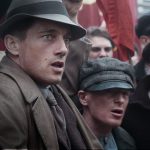 Transferred from Cologne to Berlin, a Police commissioner, Gereon Rath finds himself in the middle of political and social turmoil.  Here he uncovers a dangerous conspiracy unfolding while investigating one of Berlin’s biggest pornography rings. 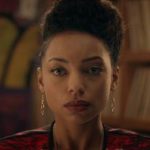 This Netflix-original series follows a group of students of color at a predominantly white Ivy Leauge College.  The show illustrates the injustices faced by these students. The show awakens our culture with brutal honesty to issues that still plague our society today. 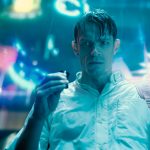 Humans are no longer as they once were and death is no longer the end of life. Takeshi Kovacs is the only surviving elite interstellar warrior; his mind has been imprisoned for centuries until a wealthy businessman makes him a deal to set him free.

Want to expand your world with more than just shows? Try our 10 Books Every High Schooler Should Read Before Graduation, chances are you haven’t read them either. 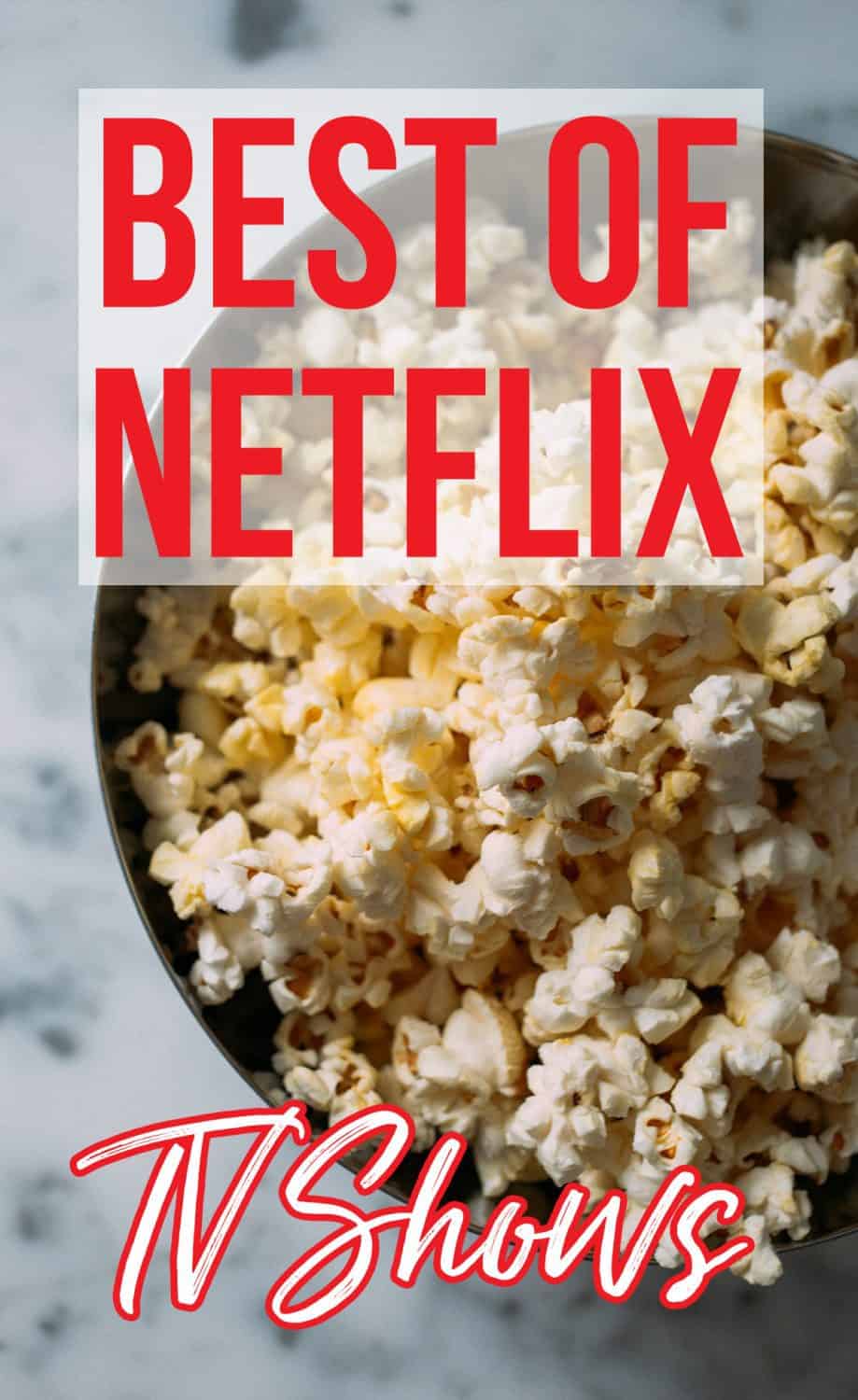