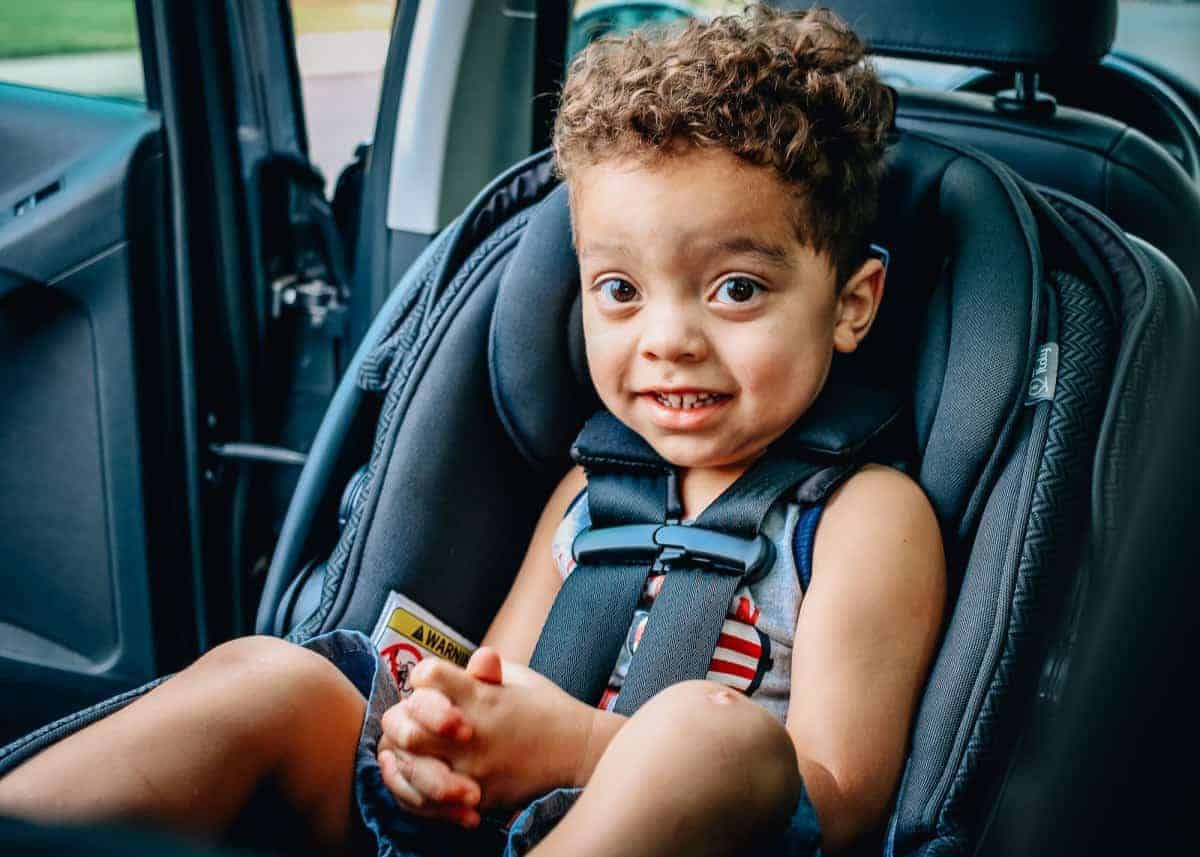 For many of today’s moms, they were lucky if they were in a car seat past the age of 4, let alone a rear-facing car seat past the age of two. Longer stays in car seats are one of the many improvements in safety that have happened over the last 30 years but parents still struggle to find the balance between what is safe for their child and what the expectations are of the society we inhabit.

Rear facing car seats spread the impact of a crash evenly throughout both the car seat and the child’s body. This limits the motion of the head and makes children less prone to neck injuries. Despite all of this and a longstanding recommendation from the American Academy of Pediatrics (AAP) that children should remain in rear-facing seats longer, 24% of parents continued to turn their babies at 12 months or earlier. 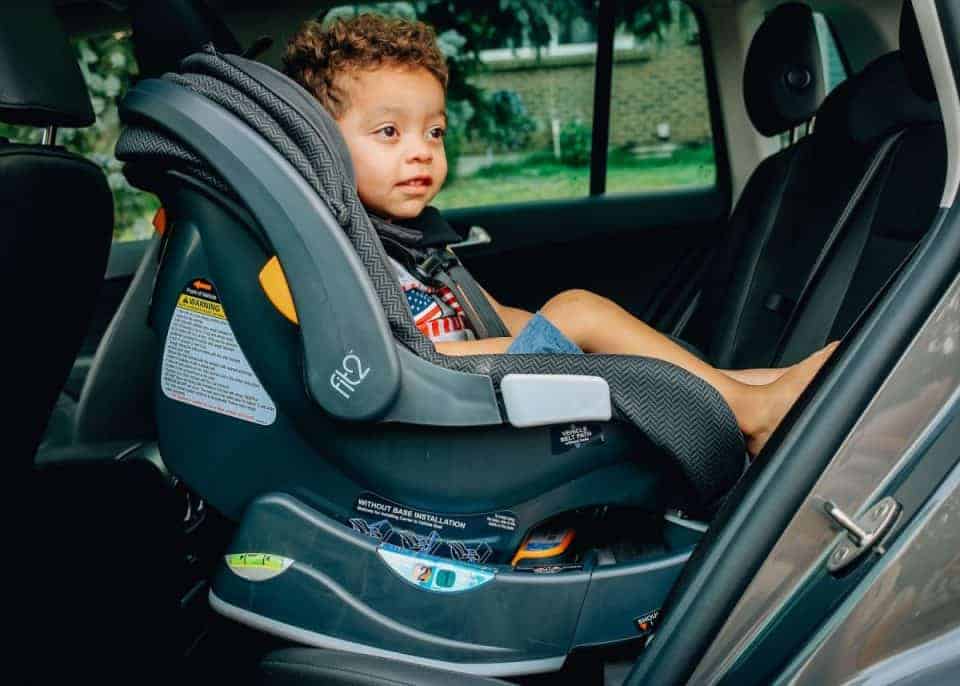 A 2017 survey conducted by award-winning car seat manufacturer Chicco found that despite all of the research and facts around car seat safety, 72% of parents were uncomfortable talking about keeping children rear-facing until the age of two. With the hope of changing the conversation about car seat safety, Chicco launched the TurnAfter2 campaign to remind parents about the importance of waiting until 2 years old to turn seats forward-facing. In just one year, Chicco and TurnAfter2 have contributed to a 26% increase in awareness of the AAP’s recommendations.

While most parents (7 in 10) continue to rely on their pediatrician for advice regarding the appropriate time to move from rear-facing, there continues to be uncertainty surrounding this decision. In 2018, Chicco found that one of the biggest barriers to keeping children rear-facing is the presumption that a child with long legs may be uncomfortable. Forty percent of parents who turn their children forward-facing before the age of two reportedly did so because they thought that their legs looked cramped and another thirty-two percent perceived that their child simply looked uncomfortable. 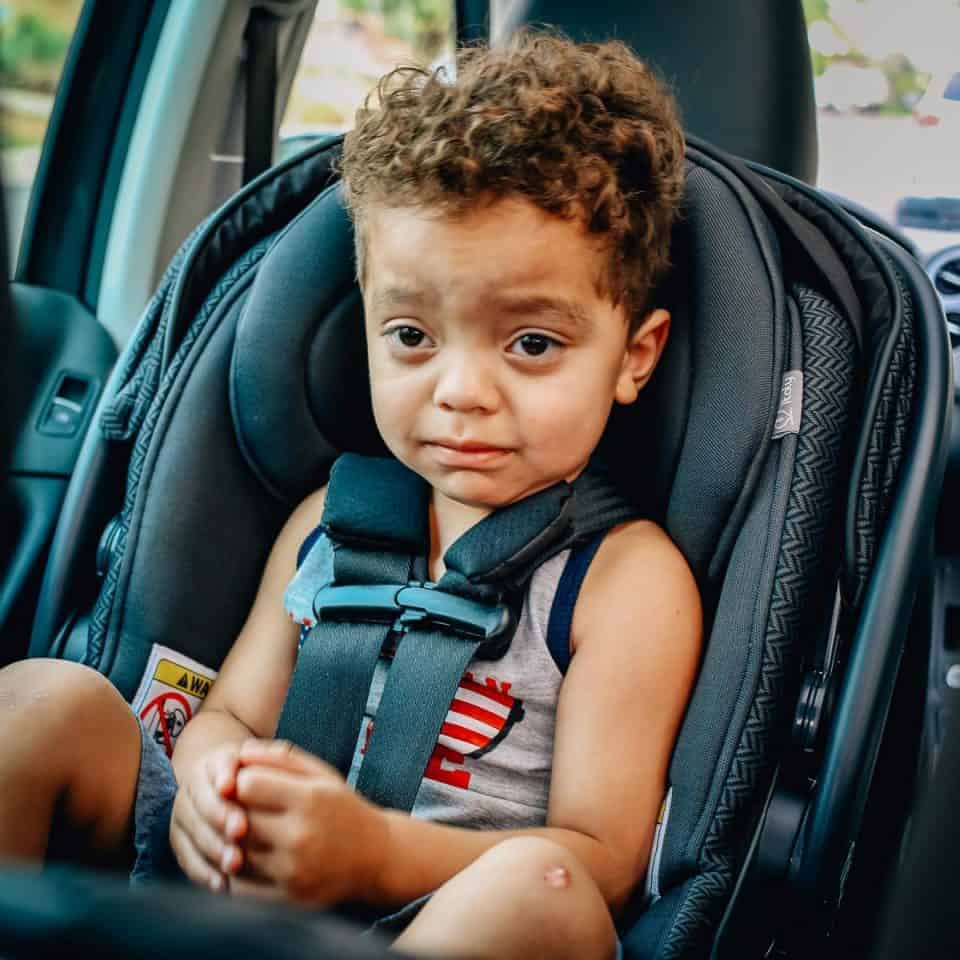 You’ve probably seen a toddler sleeping soundly in a seemingly uncomfortable position, laying halfway off the couch or feet parallel to the walls of a crib or playpen. What looks uncomfortable to an adult is likely comfortable to a child, despite that aged bodies would never be happy in that position. 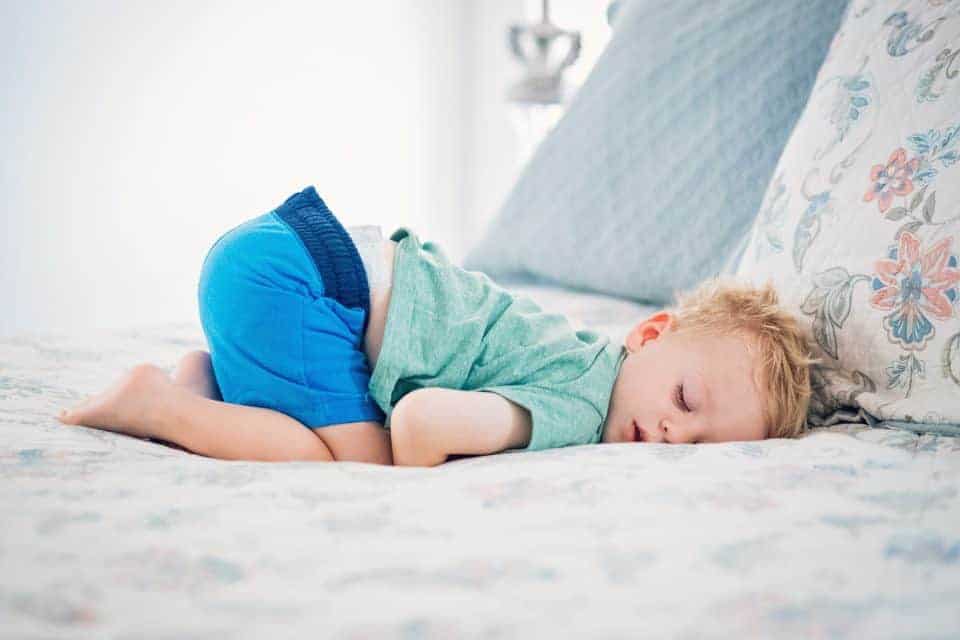 Rear-facing car seats are exactly the same idea. When rear-facing, long legs can comfortably bend or fold, allowing your tall toddler to fit longer in a rear facing seat made specifically for this purpose. 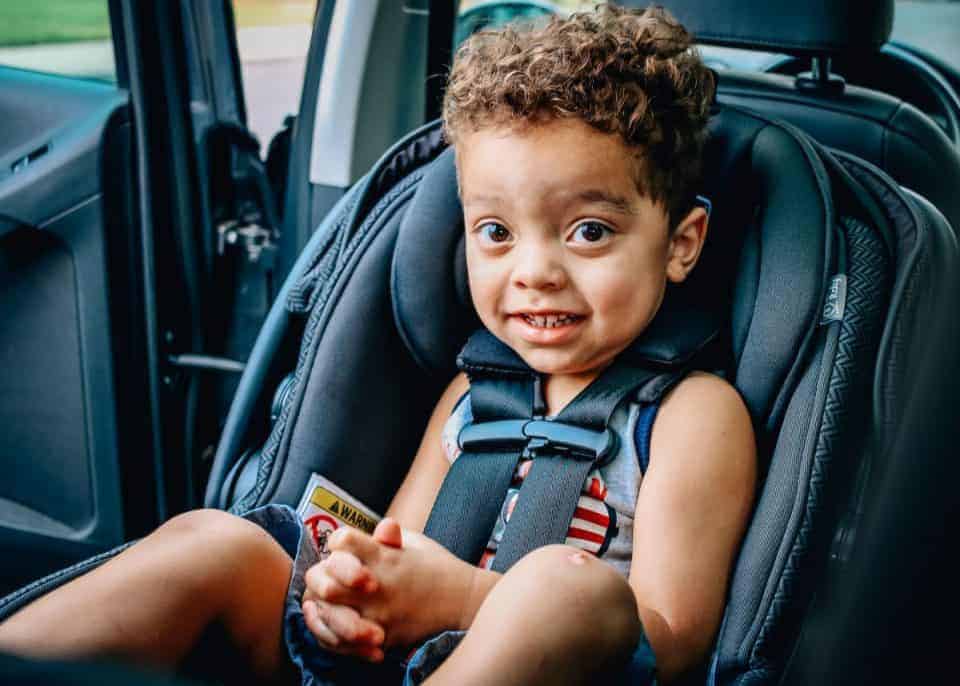 Selecting a seat that allows you to keep your child rear-facing longer can help keep family finances in-check while continuing to ensure safety is a top priority. The Chicco Fit2 infant and toddler car seat is the perfect solution that takes you from birth all the way through 24 months and beyond. 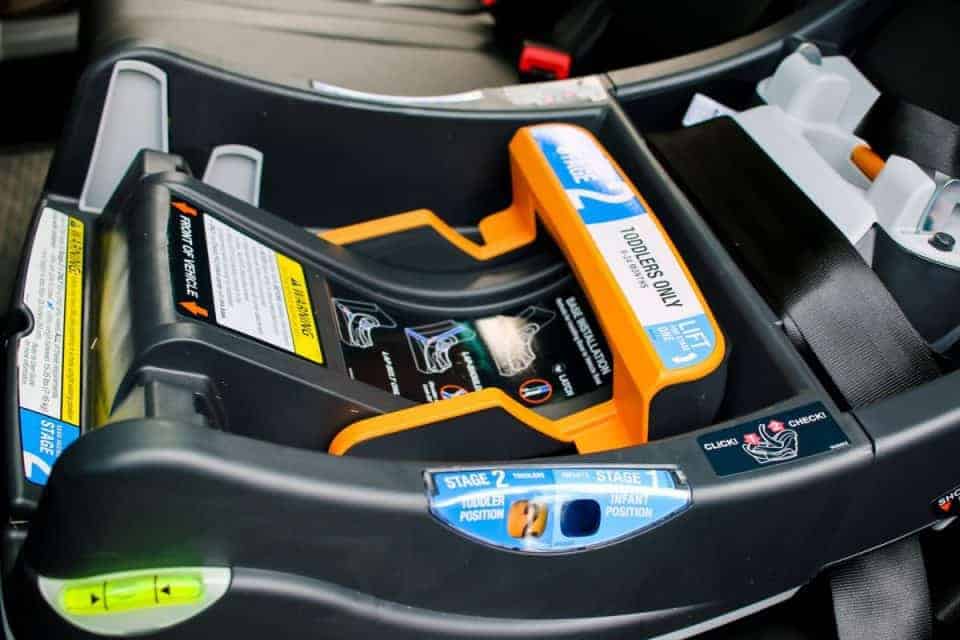 While your little is an infant, the Fit2 easily clicks in and out of the base into a compatible stroller. As they grow, the base adjusts easily to accommodate toddlers up to 35 lbs and 35″ tall. This seat is the first of its kind, providing the appropriate reclined seating for head support needed for a newborn and extended leg space for a toddler. 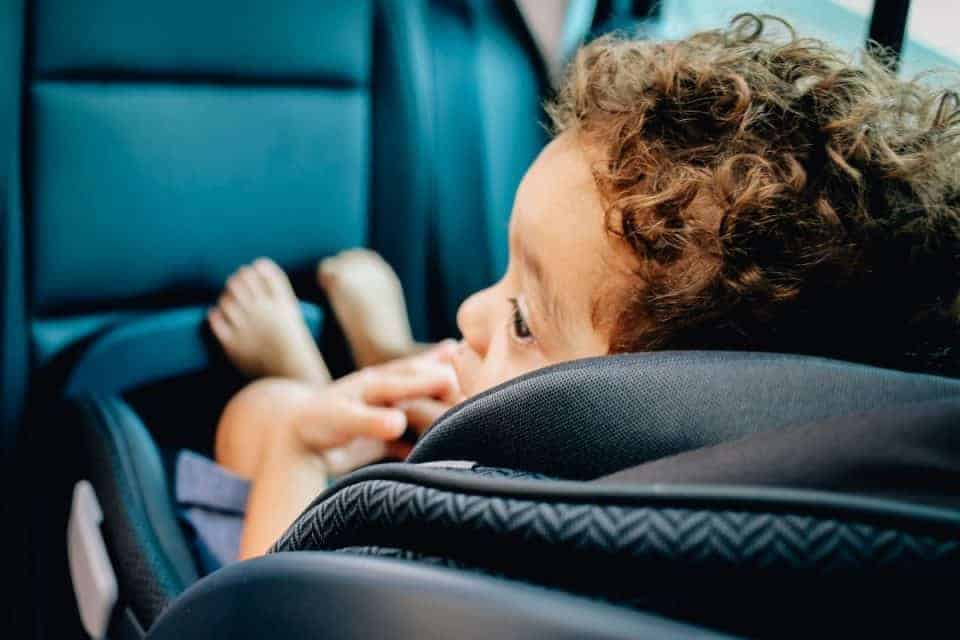 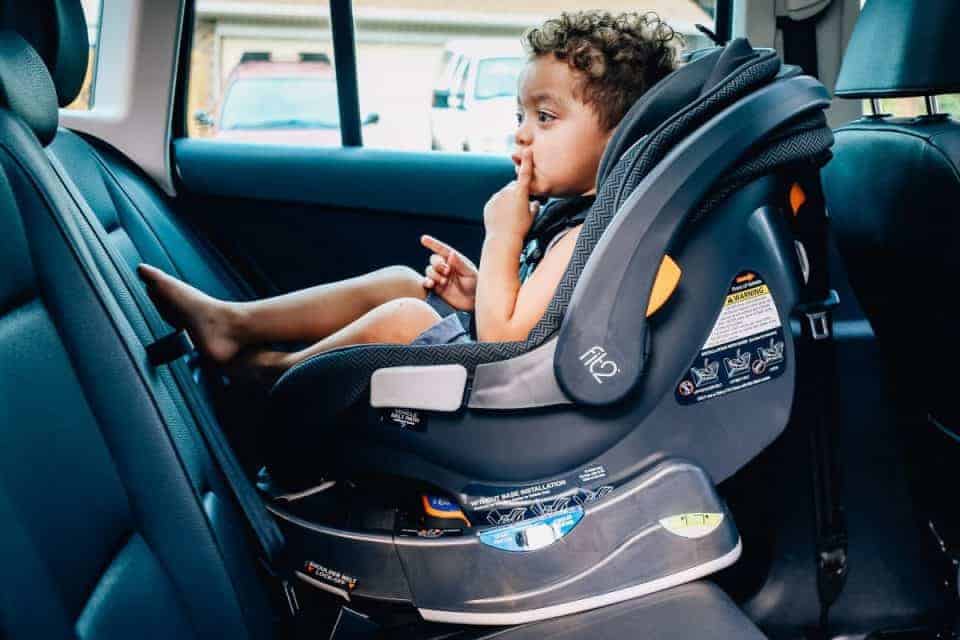 Chicco is a leader in car seat safety and has been making top rated car seats for decades! With dozens of top rated seats including the KeyFt 30 infant, Fit2 and the NextFit Convertible Car Seat we trust their expertise for providing long-lasting seats perfect for maintaining a rear-facing position longer.

Join Daily Mom and Chicco in removing the taboo about talking to your peers about the importance of car seat safety by participating in the TurnAfter2 campaign on social media. Share your photos online with the #TurnAfter2 hashtag and help open the dialogue by keeping your children rear-facing as long as possible. 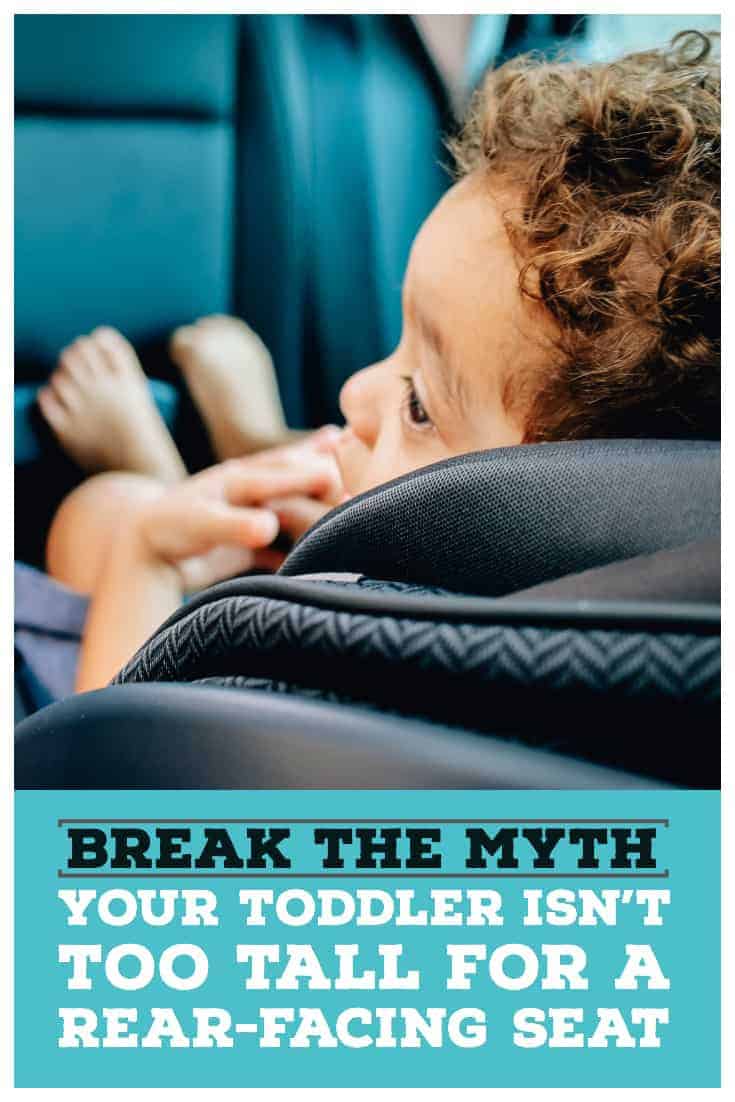